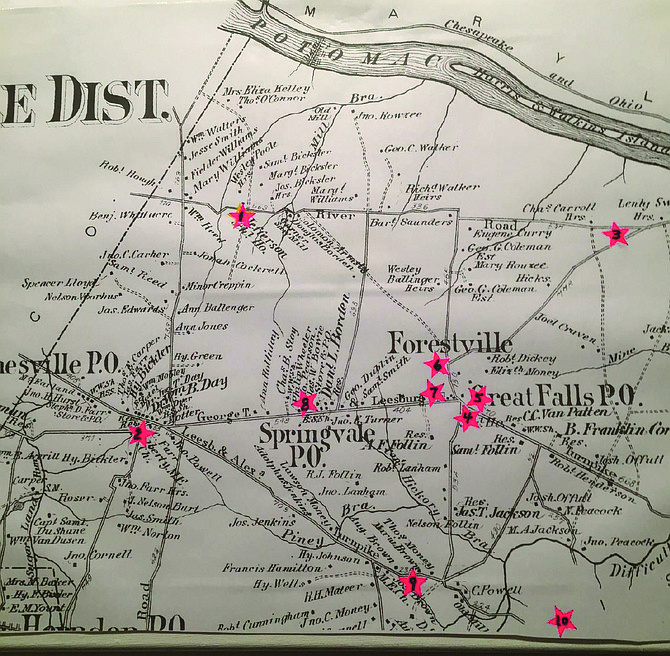 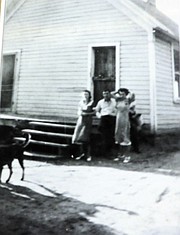 (3) The Riverbend School house was built on Arnon Chapel road near Riverbend Road on land deeded from the estate of James Tucker on Oct. 2, 1880.

(4) The Grove School was built before 1878 at the southeast corner of the intersection of Walker Road and Georgetown Pike, as shown on the G.M. Hopkins Map of Dranesville District, published in 1878. Although built on property of Samuel Follin, the land was not deeded to the school board. When the property was sold to Benjamin Harvey Corwell on Jan. 22, 1889 a store and post office was built there.

(5) The Forestville School was built on Georgetown Pike across from Grove School on land deeded from George and Alice Gunnel on Oct. 7, 1889. The school opened on Nov. 7, 1889. It operated as a school and was subsequently a private residence, a post office and bank until 1983, when it was purchased by the County Park Authority and restored by the Community. It is on the National Register of Historic Places.

(6) There was a school for black students along Walker Road across from the current Great Falls Elementary School, in August 1884. 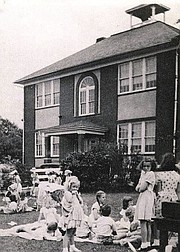 (7) This Forestville School was built on land from Lester Oliver in 1916 and closed in 1952, when the Fire Station was built. The Great Falls Elementary School replaced it on Walker Road.

(8) In the Village of Springvale, school was reportedly held in the Pearson House.

(10) The second Andrew Chapel School, which was built in 1914, offered primary and secondary classes, near Towlston Road. After the school was closed it was sold in 1942, and currently is owned by E. E. Lyons.

There reportedly were 190,000 “one room” schools in rural areas of the United States in 1919. With the advent of motorized school buses in the 1920s, schools began to be consolidated in these areas and less than 400 still are used in America, mostly in the western States like Montana and Wyoming.

Great Falls was once not one community but a series of villages, each with one or more schools. These schools also served as centers of community life. The villages of Forestville, Springvale, Colvin Run and Dranesville comprised what we now call Great Falls, and there were several small schools located here. The schools are located on a copy of the GM Hopkins map of 1878 published by the Library of Congress. Each is marked with a star and number.