‘We Either Pay Now or Later’ in City of Fairfax
Votes

‘We Either Pay Now or Later’ in City of Fairfax 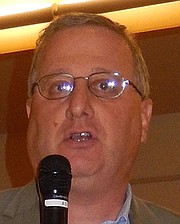 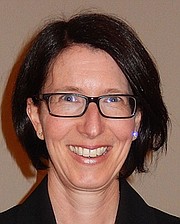 Various City of Fairfax departments have compiled their list of projects for the City’s proposed Capital Improvement Program (CIP) for FY 2019-2023. And both the City Council and Planning Commission recently learned about and reacted to them during a joint work session.

Public Works encompasses a great deal of the nuts-and-bolts items that keep the City functioning – literally. These include street and sidewalk improvements, sewer maintenance, stormwater drainage and management, City building maintenance, plus vehicle and equipment replacement. So not surprisingly, Director David Summers has a long list of projects needing funding.

For wastewater projects, Summers is seeking more than $8.8 million, with $6.8 million of it going to Fairfax County for upgrades at the Noman Cole wastewater treatment plant. He also needs $130,000 for a Geographical Information System (GIS) wastewater model. “We’re in year four of a six-year program to learn about our wastewater capacity,” he explained. “This is important to know, especially when new [commercial and residential] projects are proposed.”

Summers is requesting $300,000 for a sanitary-sewer evaluation to look at every sewer in the City to assess the condition of the aging infrastructure, prioritize any repairs needed and reduce the likelihood of sanitary-sewer overflows. He’s also asking for $470,000 to install plastic liners inside 10-inch and smaller sanitary-sewer pipes to extend their life. This work would mostly be done in the Fairchester area.

For storm-water drainage projects, Summers hopes to receive more than $1.1 million. Storm-drainage maintenance, alone, is expected to cost $120,000. He wants $125,000 to do a video inspection of the City’s 300,000 linear feet of aging storm pipes and, hopefully, do whatever repairs are needed in FY ’20. And he’s seeking $380,000 to alleviate existing, neighborhood, drainage problems on Center Street and at the intersection of Roberts Road and Forest Avenue.

On his list of storm-water management and environmental projects is an estimated $200,000 for Ashby Pond. “We need to see how much silt is in there and then dredge it out,” said Summers. “The $200,000 is a placeholder.”

For City operations, he proposes items including $90,000 to repair City Hall’s parking lot, plus $140,000 to replace the generator, air-conditioning unit and windows at Fire Station 3. A new chiller and windows are also needed at Green Acres, to the tune of $175,000. And $100,000 is sought for a new roof and drapes for Old Town Hall.

In addition, Summers is asking for $1 million to replace City vehicles and equipment that are worn and require extensive maintenance. And he’s requesting $60,000 to refurbish the traffic signals at Old Lee Highway and Old Pickett Road.

“Maintaining what we have is critical,” said Summers. “And as it gets older, we have to get even more aggressive.”

After his presentation, Councilwoman Jennifer Passey said, “We flush the toilets and turn on the water faucets and assume they’re going to work. So I appreciate everything that Public Works does.”

Regarding Ashby Pond, Planning Commission Vice Chairman Janet Jaworski said she’d love it to get dredged. “I think the water quality would really be improved if we could figure out how much silt is in there,” she said.

Summers also noted the impact budget cuts have on the Public Works Department’s ability to keep things running smoothly in the City. He said they result in deterioration of the public infrastructure, degradation of the watershed, project delays, reduction in the timeliness of services, and delays in preventative maintenance.

This assessment particularly struck a chord with Mayor David Meyer. “These are the conscience questions we need to remember as we go through the budget process,” he said. “What Public Works does is vital to the quality of the City’s infrastructure. So if we don’t fund some things, we’ll save some money [now], but will [pay for it] in other ways.”

Transportation Director Wendy Block Sanford has several items on her CIP list but, fortunately for the City – and due to her expertise in applying for and obtaining funding from outside sources – Fairfax won’t have to foot the bill for them alone. For example, bridge maintenance at three locations will cost $400,000, but the bulk of the money will come from federal, Regional Surface Transportation Program (RSTP) dollars.

Similarly, $74,000 worth of improvements to the multimodal – bicycle, pedestrian and transit – network are slated, and the City has received RSTP money for them. It may be used for signage, striping, new crosswalks or even sidewalk construction, at various location throughout Fairfax.

Southbound Pickett Road resurfacing from Shelly Kasnow Lane to Mathy Drive is also on the list. It has a $280,000 price tag, but the City has this amount in RSTP funds for roadway resurfacing. “We applied for it in 2013, and it’s now coming online,” said Sanford.

A bigger project is construction of the improvements on University Drive between Fairfax Boulevard and Kenmore Drive. These may include building the missing-link sidewalk on the west side of the street, adding curb bump-outs and improving the lighting. The cost is $1 million, but the City is applying for $500,000 in Revenue Sharing funding, which would be matched by local money.

Even larger is the Northfax project to acquire rights-of-way and design and build internal streets and associated infrastructure within the Northfax redevelopment area – near the intersection of Chain Bridge Road and Fairfax Boulevard. It costs $5 million, but the City is applying for $2.5 million in Northern Virginia Transportation Authority (NVTA) 70-percent funds, plus $2.5 million in Revenue Sharing dollars.

Money needed for smaller projects includes $25,000 to conduct a bike-share feasibility study to implement this program with GMU. Sanford is also requesting $75,000 to improve the pedestrian mobility and aesthetics of Chain Bridge Road between Judicial Drive and Sager Avenue, where the road is wider than in Old Town.

Fire Chief John O’Neal has four items on his FY ’19 CIP list. The big-ticket item is $9 million to demolish Fire Station 33 and rebuild it on site. It also includes money for temporary facility upgrades and furniture/fixtures.

In addition, an estimated $300,000 is needed to replace a 2008 medic unit (ambulance). This is an item the City would have to finance.

Major K.C. Caldwell presented the Police Department’s CIP needs. The major item was $216,500 to replace five vehicles, including a 2004 motorcycle. “Usually, we ask for $150,000/year [for this expense],” he said. “But it was deferred last year, and two cruisers have significant rust issues. And our motorcycle fleet is showing its age and becoming less reliable for daily operations.”

Also requested is $81,147 to upgrade the department’s Information Technology program. “It’s to avoid critical failures of our operating system,” said Caldwell. “This is a slight increase over last year’s funding.”