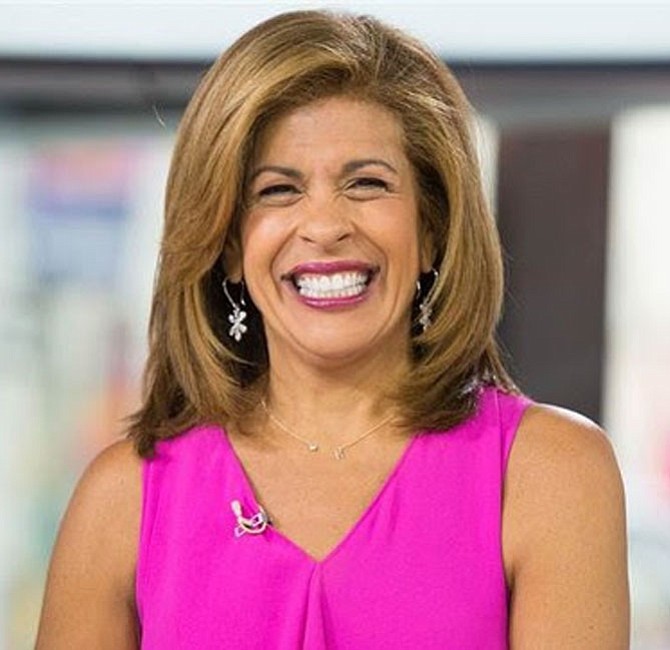 “We were all very proud of her. The whole Fort Hunt community was proud. They couldn’t have picked a better host.” — Kelly Shawn, Fort Hunt High School classmate 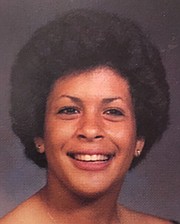 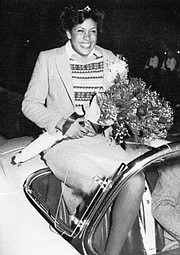 At NBC she’s known as Hoda Kotb, but around Mount Vernon she’ll always be Hodie.

On Jan. 2, Kotb officially became the permanent co-anchor of The Today Show, replacing Matt Lauer after his termination following accusations of sexual misconduct. Kotb joined NBC as a Dateline correspondent in 1998 and has been a fill-in host at The Today Show, but before all that she was a rising star in the Fort Hunt High School Class of 1982.

“We all called her Hodie,” said Kelly Shawn, a classmate one year ahead of Kotb who ran track with Kotb. “I didn’t know her real name was Hoda until I first saw her on NBC.”

Kotb was born in Oklahoma to Egyptian parents and moved to Alexandria with her parents during junior high school.

“Her family was from Egypt, and that was new, different and exotic,” said Karen Miller, who went to middle school and later high school with Kotb. “We weren’t unused to international families in the area, but Egypt was not typical. But she blended in very quickly and made friends very quickly. She was a leader and a good friend.”

Shawn said the distinction between high school classes never meant much to her and helped make her popular throughout the school. In her senior year, Kotb was chosen as the Homecoming Queen. Miller said it was memorable because the Homecoming royalty had generally been selected among certain cliches, but Kotb drew the school together around her.

“That was really overwhelming,” said Miller. “So many people liked her and she was chosen to represent us. It was kind of the antithesis of a popularity contest. Our senior class officers were people who hadn’t run for things before. We were speaking out against people who would be the typical choice.”

“She was friendly to everyone,” said Shawn. “When she was a freshman, she didn’t care that she was an underclassmen. She got along with everybody.”

Many of her classmates and mentors said Kotb was gregarious and very involved with athletics. The student superlatives from yearbooks say she was voted “most spirited”, “most popular”, “friendliest”, and “jolliest jock.” She lettered in two sports, Varsity Basketball and Varsity Field Hockey, and led the basketball team to its first Northern Regional Tournament in the school’s history.

In the senior yearbook, there’s a photo of a student’s shots with the school spelled out across the back. While a popular trend now, Miller said it was unheard of and a little scandalous at the time. The photo is uncredited, but Miller says it was Kotb; a mix of her humor and school spirit.

But her friendliness in person didn’t keep her from being competitive as an athlete. Dietze said she was a dedicated team player, at one point going to a field hockey game instead of a parade where she’d been selected as the Homecoming Princess. The team won 1-0 that day, with a 9-1 record for the entire year. “We used to say she filed her elbows before a game,” Dietze joked. “I never heard a bad thing about her, she was nice, but you didn’t want to mess with [Kotb] during a game. She was about the nicest person you’d want to meet until you saw her on an athletic field, then she was all business.”

Those who knew her said her selection as anchor of The Today Show doesn’t come as much of a surprise.

“I wasn’t surprised,” said Miller. “You really could see her fun loving personality, but she also came from a background in serious journalism. You can see she’d really returning to that aspect of it.”

“I was very excited,” said Shawn. “I thought she had a great personality, was very smart and she’d be a great fit. We were all very proud of her. The whole Fort Hunt community was proud. They couldn’t have picked a better host.”