The Little School That Could in Alexandria
Votes

The Little School That Could in Alexandria

Jefferson-Houston on track for accreditation. 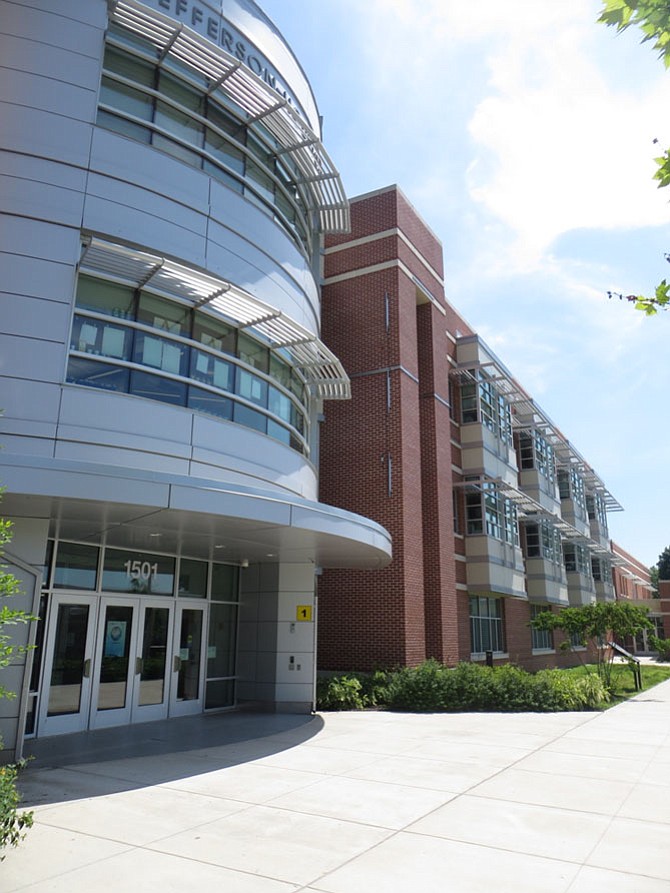 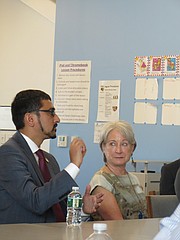 Officially, the Jefferson-Houston School’s accreditation status won’t be known until July or August. But unofficially, looking at the testing data, school officials say the school is on track to return to its long-awaited accreditation status. Over the last four years, testing scores have continually increased between 19 and 31 points.

It’s a long way for the school that, in 2012, lost its accreditation status after students scored only 65 percent and 35 percent on the state reading and math exams. New school leadership, and new testing standards that tracked progress as well as scores, have helped push the school back towards accreditation.

“Looking at the data, we continue to be excited,” said Christopher Phillips, principal of Jefferson-Houston. “We won’t know for sure until July or August, but we’re excited for that growth.”

Celebrating Jefferson-Houston’s progress, Virginia Secretary of Education Atif Qarni visited the school on May 25 to speak with school administrators and tour the building. Qarni spoke with teachers about challenges at the local and statewide level. One of the largest issues facing the state, Qarni said, is teacher shortages.

“It doesn’t help with recruitment, but for retention, we’re taking the five-year Master’s Degree plan to a four-year plan,” said Qarni. “Some universities have embraced it, others are struggling.”

But for recruitment and retention, Qarni ultimately agreed the state will have to focus on fair pay for teachers.

“We have to consider teacher compensation,” said Qarni. “Virginia is near the bottom. Medicaid expansion would also help with teacher salaries.”

Phillips said the success at the school has come from a focus on individual students and their individual growth rather than being worried about schoolwide progress.

“As they’re working on reading or science, you can see them at the start and the ending; you can see the positive impact,” said Phillips. “Overall performance, not just on standardized tests, has grown.”

During the conversation with administrators, Qarni said the state is working to shift away from a focus on standardized testing.

“This puts a lot of pressure on [our teachers],” said Qarni. “We need to get information to everyone that there is a shift occurring. Starting next year, we’re shifting the way we do SOL assessments. I’m not against assessments, but it’s a toxic testing environment.”

Phillips says the positive growth at the school has had an impact on the students.

“Kids are excited,” said Phillips. “Kids come up to up to us and say ‘look at this assignment!’ They know what this means.”

Phillips said having the parents onboard and having a close relationship with the surrounding community has been vital.

“Connecting the pieces, it’s like an orchestra,” said Phillips. “Everything has to work together to sound good. One year we had disconnected pieces, but by year two we added more pieces and kept them all aligned and working together. They all have an impact on the others.”

For Phillips, it is also his last year at the school.

“I’m going to miss this community,” said Phillips. “I claim every kid as mine, academically and socially.”

On May 24, Interim Superintendent Lois Berlin announced M Scott Berkowitz would take over as Principal next year. Berkowitz currently co-leads C.W. Harris Elementary School in Washington D.C. Berkowitz worked as a math and science teacher in Alexandria City Public Schools (ACPS) between 2004 and 2013, including one year at Jefferson Houston.

“The next principal is going to see more growth,” said Phillips. “The school is on a positive trajectory. The school needs a new vision. It’s time for the next step forwards.”

During the discussion with Qarni, Berlin officially announced plans for a partnership with the Northern Virginia Community College to allow local high school students to graduate with an associate’s degree from NVCC.

The Tyler Building was sold to NVCC by ACPS in 1999 for $1 as the school was facing dropping enrollment. Now the property will be converted into a satellite program, taking 100 students in its first year and gradually working up to 400 students.

“It’s going to be great,” said Berlin. “It’s another option for high school students … preparing students for the future.”

Berlin said early discussions have centered on giving the school an information technology and cyber technology focus. Students enrolled in the new partnership will be taking college-level courses alongside their high school classes, and will be able to graduate with an associate’s degree or a professional certificate, offering pathways into four-year institutions.

While it’s not the goal of the partnership, Berlin said a positive windfall from the arrangement is a new 400-seat facility to help with the school system’s overcrowding.