Cappies: Next Generation Takes the Stage 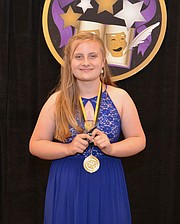 The award for Props went to Lily Shirley, H-B Woodlawn Secondary Program for “The Odd Couple.” 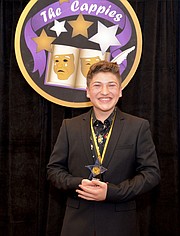 The winner for Comic Actor in a Musical, Wakefield High School’s Xavier Molina, performed in “The Drowsy Chaperone.”