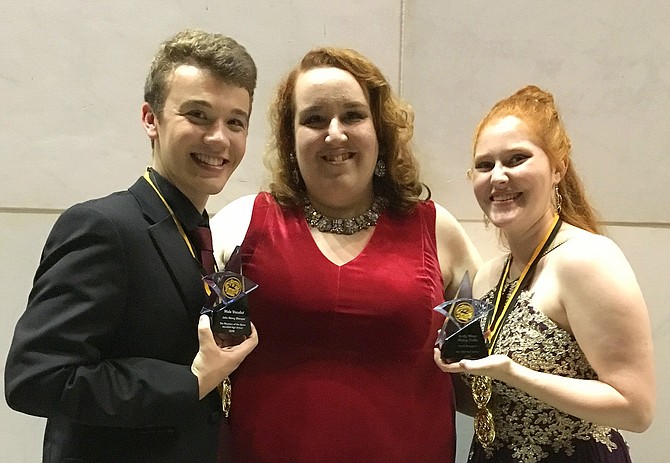 For Westfield’s production of “The Phantom of the Opera,” John Henry Stamper – acting in the title role – captured the Male Vocalist award, and Sarah Bourgeois was honored as Rising Critic. They are congratulated by Westfield Theater Director Rachel Harrington Johnson. At the Gala, Stamper and Molly Van Trees performed the show’s title song onstage and received the evening’s only standing ovation. Photo Courtesy of Kara Stamper 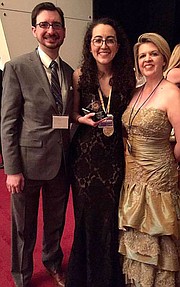 Chantilly Theater Directors Andy Shaw and Shannon Khatcheressian flank Annie Silva who won the award for Comic Actress in a Play. The school’s Cappies entry this year was “Pride and Prejudice.”