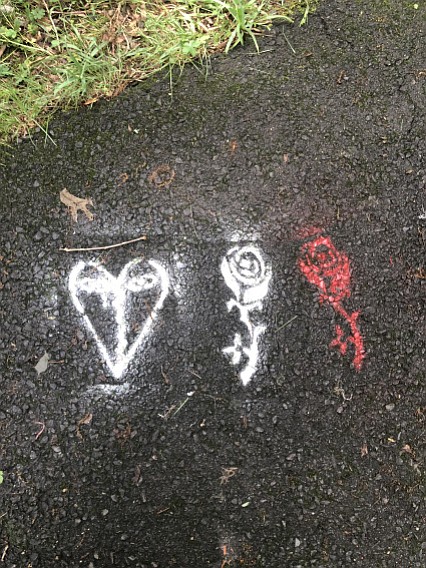 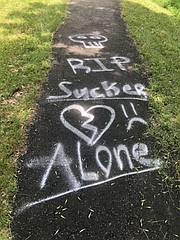 Homicide detectives are asking for the public’s help in identifying suspicious graffiti found near the location of the suspicious death scene. Detectives continue to investigate the circumstances involving the death of 26-year-old James McDonald of Chantilly. They are awaiting final results from the medical examiner.

On May 28, a body was found in a wooded area of Clifton. An autopsy was conducted on McDonald, who was discovered a night before with trauma to the upper body. Detectives are trying to determine the cause and manner of death. He was last seen by a family member on Tuesday, May 15. He was reported missing Saturday, May 19. The investigation began immediately and led detectives to track the man’s phone. With the help of a search and rescue K9, the body was discovered in the 6100 block of Union Village Drive. Detectives urge anyone who may have any information about this case, to please call them at 703-691-2131.