50 years of progress and setbacks.

“We can never underestimate the primacy of housing.” — Christian Dorsey, County Board member 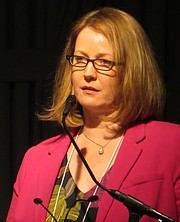 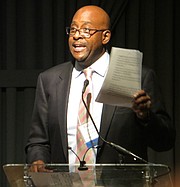 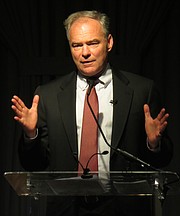 It’s been 50 years since the Fair Housing Act. Open discrimination is no longer commonplace in Arlington’s housing. And yet, in many ways Arlington is as segregated as ever, with continually rising housing prices pushing market rate affordable housing out of the county.

At the Alliance for Housing Solutions’ (AHS) 2018 Leckey Forum, hosted in the Clarendon Ballroom on June 18, leaders from across the county and state came together for an all-day session to look at how far Arlington has come since open racial discrimination in housing and how far is still left to go.

Michelle Winters, executive director of AHS, said the history of housing discrimination in Arlington goes back to the county’s growth during the Civil War. Freedman’s Village near what is today Arlington National Cemetery was one of a dozen rural settlements built up across Arlington County by African Americans. Many of them were escaped or recently freed slaves from the south who settled in Northern Virginia. However, as the county continued to grow, these African American enclaves began to be forcibly pushed out. In the 1940s, deed covenants were put into place that restricted home ownership in many Arlington neighborhoods to Caucasians only. Bellevue Forest showed records that once declared that no blacks or anyone of semitic origin was allowed to live in the neighborhood. In the 1930s, Hall’s Hill Wall was built to separate the African American community from its white neighbors. By the mid 1950s, Winters said only three predominantly black communities remained in Arlington.

But the tide turned against openly racial discrimination in the 1960s. Local groups sprung up across Northern Virginia to fight for fair housing. In 1965, 10 volunteers went door to door and collected 45,000 signatures to support fair housing laws. In 1968, the national Fair Housing Act was passed, and Arlington was the first locality in Virginia to desegregate.

Since that time, Winters said that Arlington has continued to develop new communities, out of social ties or economic necessity. Clarendon was once known as Little Saigon as many refugees from the Vietnam War settled there, and Winters said Columbia Pike was called the U.N.-in-a-ZIP-code as a result of all of the refugee and immigrant groups settling throughout the region. But Winters said many of these communities are under threat as housing prices in the county continue to rise and push people out.

“Housing is incredibly important,” Dorsey said. “It’s a component of our quality of life. We can never underestimate the primacy of housing.”

But on the more material challenges, Dorsey said there’s more the county could be doing to make use of its zoning.

“The idea of one dwelling per lot with an increasing footprint restricts our housing supply,” said Dorsey. “Many communities where that is a paradigm are lovely. We don’t want to change the notion of communities for families. But there are other ways to think about it. The language of protected neighborhoods is [present day] segregation. Protected from what?”

Dorsey also said the county needs to look more at its density options. By limiting the density growth or concentration in certain areas, Dorsey said the county is losing a key tool for housing.

The keynote speaker at the conference was U.S. Sen. Tim Kaine, who reflected on the similarities between 1968 and 2018. Kaine said that at a state level, one of the problems driving Arlington’s discrimination in housing is its favorability towards landlords.

“Virginia is a very pro-landlord state,” Kaine said. “Just look at our eviction statistics. It’s very heavily weighted towards the landlord. We should not be proud that our eviction rates are so outside of the norm.”

Kaine also said that improving access to credit could help many first-time home buyers get access to the funds they need. Part of this, Kaine said, is banking reform that has at time put him at odds with fellow Democrats.

“I hear from people that there’s not enough places to access capital,” said Kaine. “Then I hear from banks that the regulatory aspects of Dodd-Frank have had a huge impact on the banking industry. We’ve lost 34 percent of our banks in Virginia.”

Kaine pointed out that many of the banks that were shut down over the last decade were not the national chain banks, but local ones.

“Ironically, the bill designed to stop ‘Too Big to Fail’ has accelerated it as over regulation has forced small banks to sell up,” said Kaine. “I voted for banking reform to maintain robust access to credit.”

Kaine, like many of the speakers, said that the solutions to fixing the county, and the nation’s, affordable housing woes won’t happen overnight.

“In Arlington County, Virginia, and the Nation, we will be talking about this issue forever,” said Kaine.