A Salt-of-the-Earth Barber in Springfield
Votes

A Salt-of-the-Earth Barber in Springfield 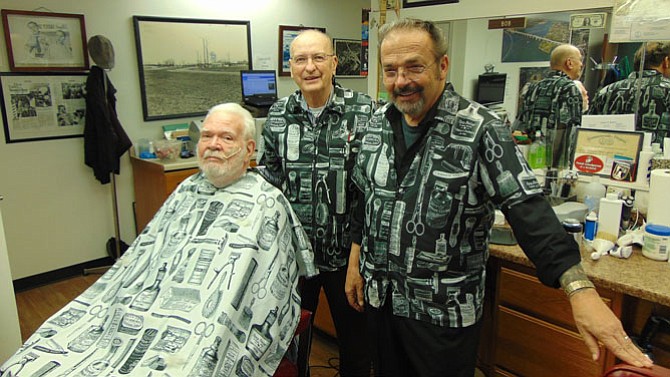 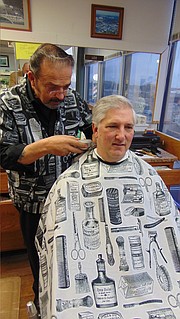 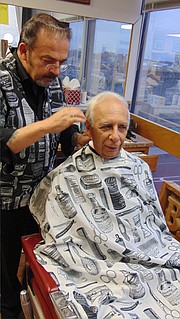 Leo Dodson, 70, has been cutting hair for 53 years. Always friendly and jovial with a salt-of-the-earth personality, Dodson works at Bob’s Barbershop on the seventh floor of the Springfield Tower Building next to Bob Evans Restaurant. But you’d never know the place existed if it weren’t for word of mouth and loyal customers.

“I have one customer, Ben, from Culpepper, who drives all the way here to get his haircut,” said Dodson, who is in his second marriage to wife Debra with two grown kids: Breanna, 23, and Sabrina, 40. “I have another [customer] from Front Royal named Jim. They usually call first to make sure I’m here because that’s a long haul.”

Born and raised on Beulah Road, Leo, who commutes 50 miles one way from Fredericksburg, graduated from the Alexander Barber Academy in 1964 then started working at Bill’s Barbershop in Tower Center for 13 years when he was 15 1/2. Bobbie Stockton took it over and he stayed for 12 more years. Then he went to Brookfield Plaza and stayed for 20 years. Now he’s at Springfield Tower for eight years.

“I love cutting hair. I really do,” said Dodson. “If I didn’t, I wouldn’t have done it for all these years. I associate with a lot of different people. I still have a lot of my old-timers still living.”

BOB’S BARBERSHOP OWNER Bob Stockton, 75, of Springfield has known Leo for over 50 years. “He and I’ve been friends a long time. …Time when you’re young doesn’t seem to go anywhere but when you get older, it goes by so fast you can’t keep track of it. We are both strong Christians. He goes to Calvary Road and I go to Springfield First Baptist,” he said.

He calls Leo, who’s an early riser, quite amicable. “He has excellent communication skills. He sets people at ease when he talks to them. They get very comfortable,” said Stockton, who takes no appointments but only walk-ins.

Mike Slachta of Springfield has been a customer of Leo’s for 36 years. Now retired from the Veterans Affairs, he said: “We watched Springfield go from a dirt road of Hooes Road; we’ve watched the town grow up. It has really changed. I can tell you that Leo and I entertain each other with stories about our families.”

In his 50-plus years, Leo’s seen a lot of changes to Springfield. “I’ve seen them build the Holiday Inn; the highway used to be called Shirley Highway. There was the Skylark Inn, now it’s gone, but there’s a Town Place Suites,” he said. “I watched them put all these ramps into I-95. This used to be all country.….I can remember before the [Springfield Town Center] was built and they had a place called the Wagon Wheel Truck Stop. It was a gravel pit back in the 1960s,” he said.

Neal S. Nelson, 84, of Springfield, has been getting his hair cut by Leo for 30 years. He said, “Leo’s been around quite a while. He’s always done a good job. I thought he would be fired by now. He must just be having fun.” What he likes about the place is “It’s friendly, it’s convenient and they’re nice people.”

DAVID LEATHERMAN, 59, of Oak Hill, who is retired from the federal government, added, “I come here because I don’t have to explain what to do with my hair. I just want a haircut – that’s all I want. Over the years, Leo and I have become very good friends,” he said. “It’s very nice atmosphere in here. It’s very pleasant to come here, which is why I keep coming back.”

Sam Cerami, 78, a retired electrical engineer from West Springfield, came for a haircut because his grandson Tyler, 21, was getting married over the weekend. “[Leo’s] always friendly and does a good job of cutting my hair,” he said. For at least 20 years, he said, “I have my hair cut by all three people at different times depending on who’s available.”