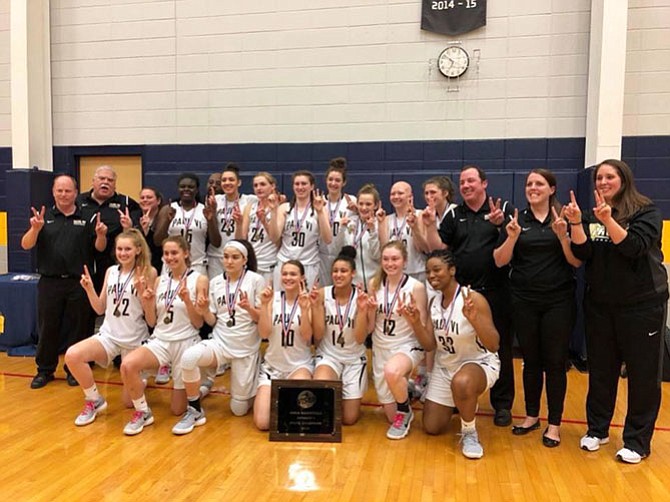 The Paul VI Lady Panthers captured their 12th consecutive VISAA Division I State Championship with a 51-50 win over Bishop Ireton. The Lady Panthers finish the season ranked in the top 10 nationally with an overall record of 30-4. This is their fourth consecutive season with 30 or more wins.

The championship game for the boys’ team pitted the Panthers against WCAC rival Bishop O'Connell for the third time this season. The Panthers set the tone early on defense, holding the Knights to only 10 points in the first half and taking a 20 point lead at the break. The team remained hot in the second half to secure a 58-40 victory and become the ­VISAA Division I State Champions for the fourth time in school history.