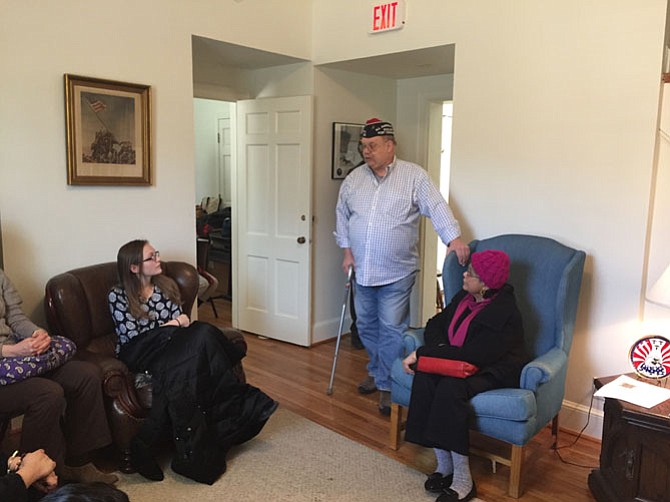 What does it mean to be patriotic?

Alexandria’s veterans and school children sat together for a barbecue lunch to discuss life, school, and the nature of patriotic service.

Grace Salmon, an 11th grader at T.C. Williams High School, read an essay about the value of the flag, referencing a time when her classmates stayed seated during the pledge of allegiance in protest to the death of Freddie Gray, killed by Baltimore police officers who were found not guilty in 2016. Salmon said she respected her peers and their right to protest, but that despite admonitions she stood for the pledge of allegiance anyway.

Alexia De Costa, a student from Queen of Apostles, won first place for the younger grade level group. De Costa’s essay centered on how anyone in the United States can aspire to any goal and have the opportunity to pursue their dreams.