City’s women look back on a year of triumph and setbacks. 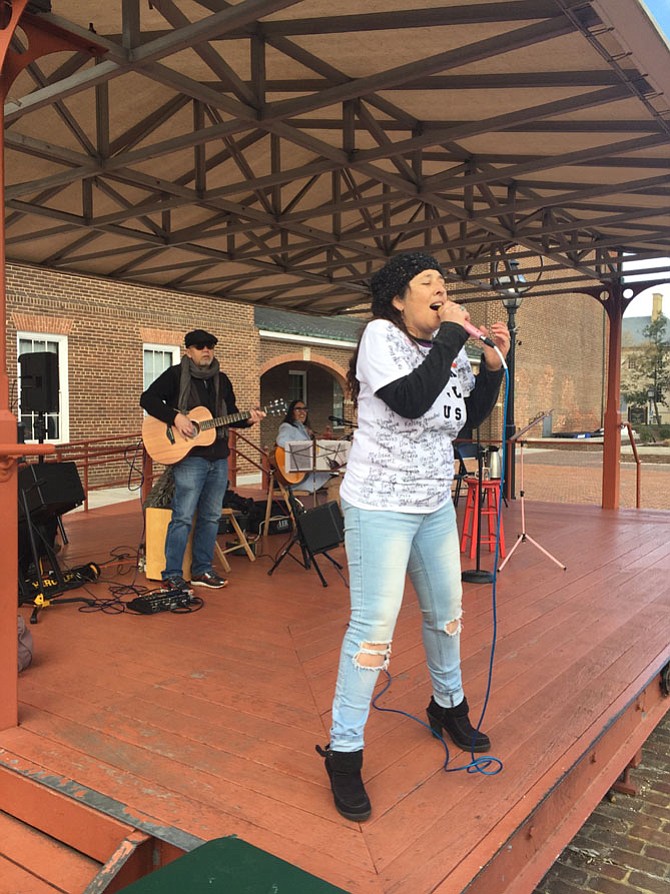 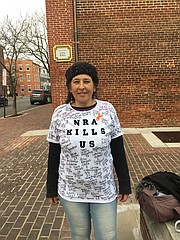 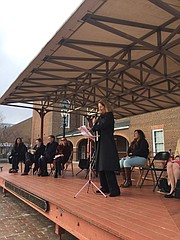 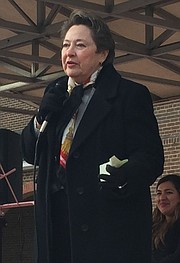 Alexandria has a tradition of women in leadership roles, both in city politics, social life, and advocacy. In March 8, a rally outside in Market Square gathered many of them together to celebrate the progress made over the last century and look ahead to the work yet to come.

Mayor Allison Silberberg, the second female Mayor of Alexandria, paid homage to the women in the city leadership that came before her — particularly Mayor Patsy Ticer and City Manager Vola Lawson. Silberberg said their influence in the city helped shape it into what it is today and inspired herself and many others to run for office.

Ticer and Lawson were also honored by Councilwoman Redella “Del” Pepper. Pepper said she was inspired by recent struggles for women’s equality, like the Women’s March and the Me Too movement.

Katie Cristol, chair of the Arlington County Board, attended and said while there’s still a lot of distance to cover towards equality, she’s been inspired by a lifetime of seeing women taking an active role in politics and society.

“I think about the Me Too movement, and the Women’s March,” said Cristol. “I think about Anita Hill bearing witness. I think of women candidates that followed her and overcame inappropriate questions about their fitness for office. We’ve made real progress towards having a generation of women free from fear, who never learn to keep their voices down. I think of Emma Gonzalez, fierce and proud. I am so hopeful, even with [obstacles].”

One of the most talked about issues at the ceremony was the Equal Rights Amendment (ERA), a movement to support an amendment to ban discrimination based on sex. The ERA was introduced 95 years ago by suffragist Alice Paul and was passed by Congress in 1972, but is one state shy of being ratified. This year, efforts to force the legislation to approve the ERA failed, with the Senate voting it down and the House refusing to take up the matter.

“It’s important, because the only rights we have in the constitution is the right to vote,” said Diana Egozcue, president of Virginia NOW, who went around the crowd gathering signatures to start again for the next year. “The 14th Amendment doesn’t cover it. The ERA would give us strict construction support. If we sue an employer for discrimination, they have to prove they didn’t discriminate.”

Another recurring theme at the gathering was the ties between feminism and other social equality movements. Ingris Moran, lead organizer for Tenants and Workers United, said the struggles continue to improve the lives of working women. Moran was born and raised in Arlandria, and said she grew up in a neighborhood in constant fear of immigration police and suffering under Alexandria’s perpetual lack of affordable housing. Moran called on Alexandria’s Sheriff’s Office to stop coordinating with Immigration and Customs Enforcement. Eileen Lynch, from NARAL Pro-Choice Virginia, also emphasized that feminism must coincide with immigrant rights and reproductive rights.

“We need to push for the progress of all women,” said Lynch. “We have a lot of work to do.”

Elsa Riveros started the event with music celebrating women, and pointed out U.S. Rep. Don Beyer in the crowd, praising his work on gun control and the town hall he’d held the night before. Riversos was wearing a shirt covered with the names of women killed in mass shootings, and said the fight for equality is tied in with the fight for gun control.

“This has to stop,” said Riveros. “I shouldn’t be worried when my son goes to school.”