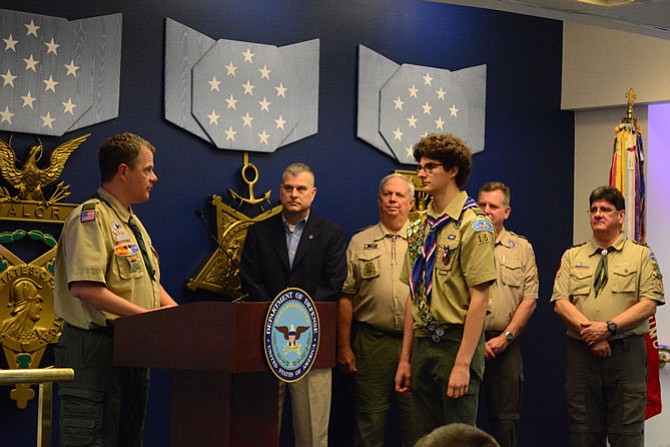 Robert Allen Law IV, of Springfield, has earned the Boy Scouts of America’s highest advancement award, the Eagle Scout Award. A member of Troop 1518, Law is one of only approximately five percent of all Boy Scouts who attain the Eagle rank.

Law is a parishioner at Nativity Catholic Church, Burke, and is a member of the football team, crew team, and orchestra at West Springfield High School, where he is a sophomore.

He is the son of Col. Robert Law, Eagle Scout, and Sandy Law, and brother of Nicholas and Matthew Law, also Scouts.