Service is free, anonymous and no questions asked. 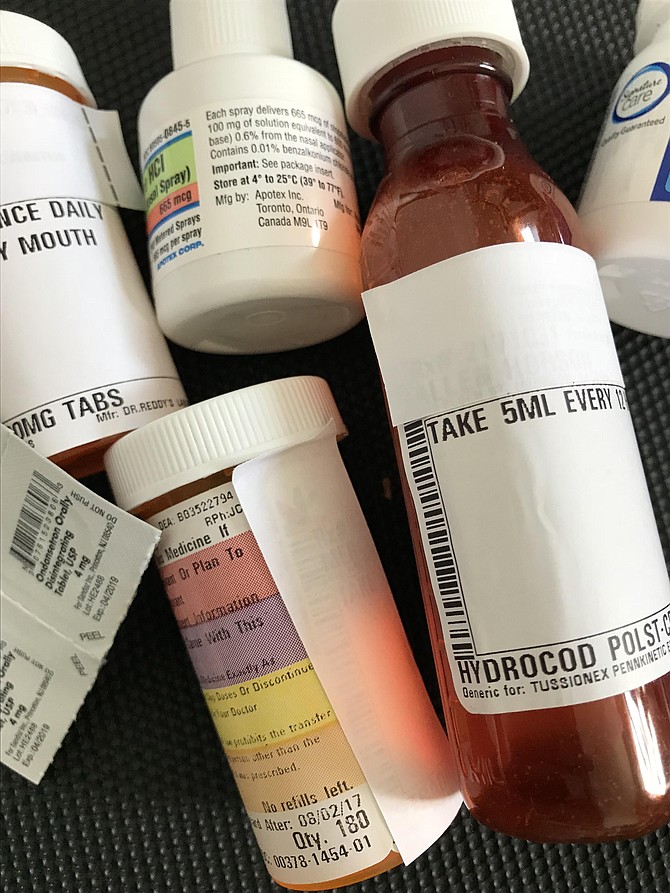 Operation Medicine Cabinet Cleanout: Saturday, April 28, 2018, residents in Fairfax County can drop off medications at any of eight Fairfax County District Police Stations between 10 a.m. and 2 p.m. Pills and liquids will be accepted; no questions asked. Photo by Mercia Hobson.

Fairfax County reports drug take-back programs are important, "Because they are a safe method for disposing of prescription drugs and are organized and closely monitored by local, state, and federal government agencies. Safe disposal of unused or expired medications prevents drug abuse and misuse, accidental poisoning, and protects the environment."

Residents in Fairfax County can drop off medications at any of eight Fairfax County District Police Stations between 10 a.m. and 2 p.m. on Saturday, April 28, 2018. Pills and liquids will be accepted; no pressurized canisters or needles.

On their website, Fairfax County recommends that to dispose of syringes, needles and other medical sharps: "Place in (a) plastic container with (a) screw-on top. Mark the container ‘residential sharps’ and place in the trash."

"Wastewater treatment plants and onsite sewage disposal systems are not designed to remove these chemicals. As a result, these medications can end up in the environment and eventually in our drinking water."

In addition, DEA states on their website that the majority of prescription drug abusers report in surveys that they got their drugs from friends and family. "Americans understand that cleaning out old prescription drugs from medicine cabinets, kitchen drawers, and bedside tables reduces accidents, thefts, and the misuse and abuse of these medicines, including the opioid painkillers … Eight out of 10 new heroin users began by abusing prescription painkillers and moved to heroin when they could no longer obtain or afford those painkillers."