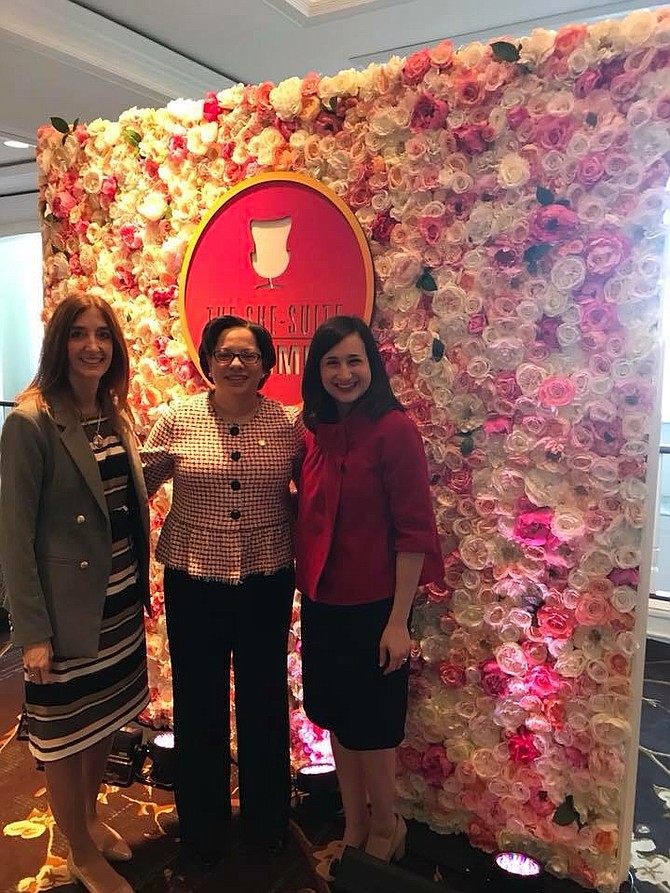 Delegate Eileen Filler-Corn (D-41) participated in the the final panel of the “She Suite Summit” which also included State Sen. Jennifer McClellan (D-Richmond) and Arlington County Board Chair, Katie Cristol.

The “She Suite Summit” was put on by Velvet Suite, a marketing consulting group and was sponsored by the Northern Virginia Chamber of Commerce. The day long summit took place in McLean on March 16. The theme of the conference was “Awaken Your Greatness”.

Del. Filler-Corn and Sen. McClellan discussed the changes in this year’s General Assembly. Filler-Corn focused on the new makeup of the House of Delegates which now includes 12 newly elected women of all ages including two who recently gave birth. They also discussed the challenges of being a female legislator in a predominantly male environment. Chair Cristol gave an additional perspective about her role, not just as a woman, but as a millennial.

“I appreciated the opportunity to share my story with two of my good friends and colleagues,” said Filler-Corn. “I am grateful for the women who paved the way before me, and I look forward to the successes of many women elected officials to come,” she added.