Story of Lily of the Valley
Votes

Story of Lily of the Valley

The official May Day flower. 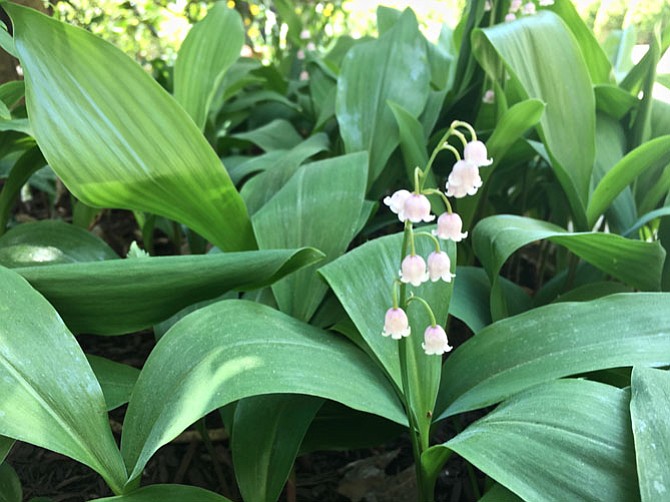 Lily of the Valley. Photo by Carole Funger/The Almanac

Years ago when I was living in Paris, I was awakened one spring morning by a knock at the door. Opening the door, I discovered a basket of tiny white flowers on the threshold. I had just received my first brin de muguet, a gift of lilies of the valley, a flower exchanged each year in France on the first of May.

In France, lily of the valley (commonly known as muguet in French) has been given as a gift for centuries. Legend has it that the custom began in the mid 16th century when on May 1, 1561, King Charles IX received a sprig of the tiny flower as a token of good luck. He so liked the idea that he decided to start a tradition. From that day on, on the first of May, he presented bouquets of lilies of the valley to each of the ladies of his court. The Fête du Muguet (Lily of the Valley Day) was born.

Here in the United States, lily of the valley is one of May’s most celebrated flowers. Depending on the climate, it typically flowers in mid- to late-April and retains its blooms for most of May. The small-sized plant has a pair of glossy, tongue-shaped leaves enclosing a single stalk of sweetly scented, white or soft pink bell-shaped flowers.

THE STORY OF LILY OF THE VALLEY AND THE NIGHTINGALE

Alone in the garden, the lily of the valley waited in vain for the nightingale to return. She eventually grew so sad that she stopped blooming. She resumed flowering only when the nightingale reappeared in May and her happiness was restored.

In the early 20th century in France, it was customary for men to give bouquets of lilies of the valley as tokens of affection. They presented their gifts, in accordance with tradition, on the first of May. In their absence, the men sent romantic postcards with elaborate drawings of the flower accompanied by wishes of good luck. The ritual of sending Fête du Muguet cards is still practiced today.

HOW TO GROW LILIES OF THE VALLEY

Lilies of the valley are indigenous to temperate Eurasian climates and are believed to have originated in Japan. Spreading by tiny rhizomes underground, they naturalize quickly and can become invasive in gardens. Unless you’re up to digging out their roots to control them, it’s best to plant the flowers in their native woodland or in a contained area in the yard. Lilies of the valley prefer shade and moist, well-drained loamy soil and will lose their color, even browning, when planted in full sun.

Unimpeded, lily of the valley will spread rapidly, but that’s not the only drawback. All parts of the plant are considered poisonous if ingested. When handling the plants, it’s best to wear gloves to prevent any residue from being transmitted to food. Symptoms of lily of the valley poisoning include stomach ache and blurred vision.

Since it coincides with National Labor Day on the first of May, the Fête du Muguet is a public holiday in France. Sprigs and bouquets of lilies of the valley are sold everywhere from thousands of roadside stalls that spring up all over France. Sales of flowers on public streets, which are normally forbidden, are permitted on this day in honor of the long-standing tradition.