People At Work: Offering a Hand Up, Not a Handout
Votes

People At Work: Offering a Hand Up, Not a Handout 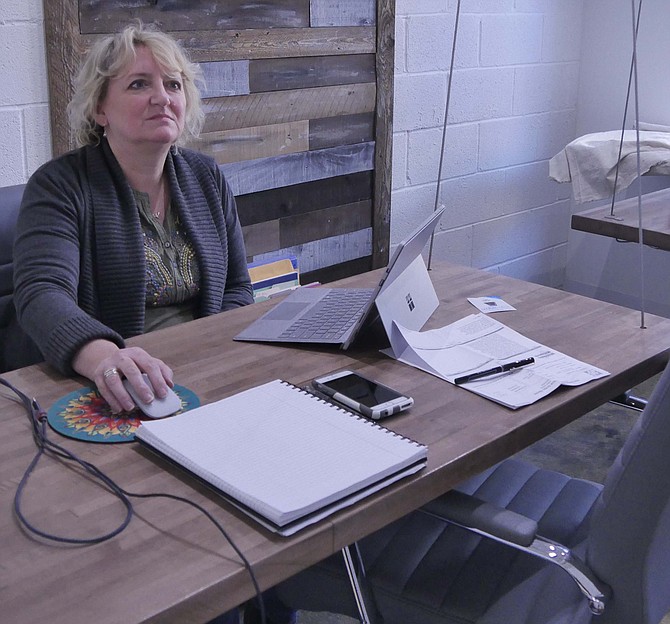 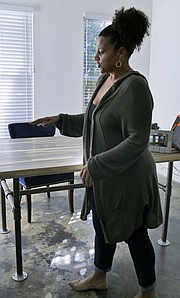 Katie Leonard walks around the nearly renovated space at ZEROMODEL:NoVA, a new business promoting second chances for formerly incarcerated. "It will be finished, hopefully this week. This is super exciting." Leonard is the director of the Alexandria branch of the company, located on N. Alfred Street, with two other branches located in Pittsburgh and Atlanta.

"I was working on this idea 2-and-a-half years ago, and we got the keys to this space in June." It was fun designing until it wasn't — what kind of black paint, which doorknob? I got overwhelmed." The idea got started when Leonard was working as a volunteer in the Fairfax Detention Center.

Leonard said her intent is to give the Old Town building space a different vibe, just like their business is to provide formerly incarcerated men and women a new face. "Our overall goal is to have them walk down the street and have people see the talent and not the criminal history."

ZEROMODEL strategies are to incubate, employ and advertise. Incubate by identifying, supporting and partnering with entrepreneurs who are formerly incarcerated or who want to employ others with criminal histories. She walks to the front of the office. "This is our collaboration/conference room where we help launch businesses."

The second strategic goal to employ is accomplished by recruiting and hiring highly qualified candidates. She says she already is working on launching three businesses: a painting company, auto transportation and landscaping. "We plan and nurture and protect them to be successful. It's about economic opportunity and jobs."

Lisa D'Alonzo, director of talent, sits at the uniquely designed table that was built by Josh Mathers, their supervisor of construction. D'Alonzo's job is to recruit talent, interview job applicants, do background checks and serve as case manager for the staff. She explained the case manager function is important because formerly incarcerated people have needs that are unique. "One of the biggest problems is drivers' licenses. They are expected to work but can't drive." D'Alonzo seeks to hire the best person for the job despite their history.

ZEROMODEL advocates by working to build relationships with non-profits who are like-minded, such as OAR and Guest House. "But," Leonard said, "We are a for-profit organization." Part of the model is construction companies. "We have a class A contractor license, and we bid on projects that Josh's team will do. The proceeds go back into the incubator to fund new business."

Mathers walks into the hallway. Leonard said, "I was told about this guy who re-did floors for the sheriff when he was incarcerated. We were very selective to find the perfect person."

Mathers said, “I do a lot more than floors. I've been doing carpentry all my life." He says when he was incarcerated for 15 months on a drug charge the worst thing for him was sitting still. He got hired by the Community Labor Force and, "I spent 12 months doing a renovation for the Sheriff's Office — two new kitchens, flooring, replacing the ceiling. The windows were old. I knew a lot about windows."

He says all changed for him when he did that work for the Sheriff's Office. "I didn't expect anything. They brought me chicken dinners a couple of times a week. I never expected it to turn into something like this."

Mathers says now he expects the best performance from the other formerly incarcerated men and women who are working for him. "You have to build people up. We work as a team here, but it takes a while to build up trust. You have to learn a whole new pattern of living. Formerly incarcerated have low self confidence and are reluctant to ask for help." He said, "I tried for years to get out of the pattern but I was treading water in the same spot. I could never land a job. I am really, really happy here."

Annette Amato has come down from upstairs to ask Mathers for some direction on painting the windows. Leonard said, “She is our rock star construction worker." Mathers added," She runs circles around my guys." Amato is currently a resident of Guest House in Alexandria . Guest House, located in Del Ray, is the only residential house of its kind serving recently incarcerated women in Northern Virginia.

Leonard moves on to show the remodeled bathroom that they customized to showcase the space. She said all of the work in their new office was cosmetic stuff, renovation. "Over here is the main reception area. Steve Kowatch is a carpenter who does a little bit of everything. Through hard work and determination he scraped off all the carpet and [by] hand took all the glue off to create the vibe. Leonard said, "We want this office to be the demo site for what we can do.

"We want people who are willing to work hard on a second chance. I like to say we offer a hand up, not a hand out."