Is Your American Flag Worn?
Votes

Is Your American Flag Worn? 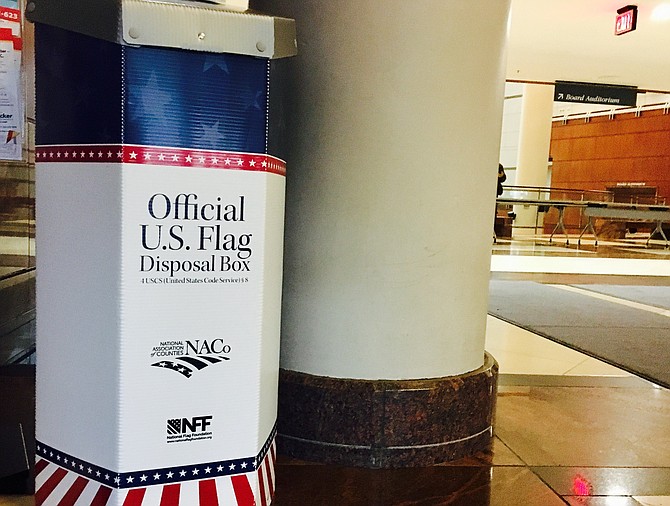 After taking down the American Flag following a Veterans Day display, or if flown year-round in service of tribute, take a second look at it. This year's heavy rains and winds may have taken a toll on Old Glory, tattering its edges and fading colors. Bob Thompson, 1st Commander of the Wayne M. Kidwell American Legion Post #184 Herndon/Reston, shared how to dispose of an unserviceable American Flag properly.

"What is recommended for folks seeking to destroy flags that are no longer serviceable is that they seek out an American Legion Post, VFW Post or their local Boy Scout Troops before doing anything themselves. Our Post, (the American Legion Wayne M.Kidwell Post #184 Herndon/Reston) has a collection box for folks to deposit non-usable flags, which we then burn at a ceremony prescribed by The American Legion. We also have had several Eagle Scout Projects that center around the proper disposal of flags… In all flag disposal ceremonies, all flags are given the proper respect they deserve and are carefully handled throughout the process," said Thompson.