Serving Burke and Communities Beyond
Votes

Serving Burke and Communities Beyond 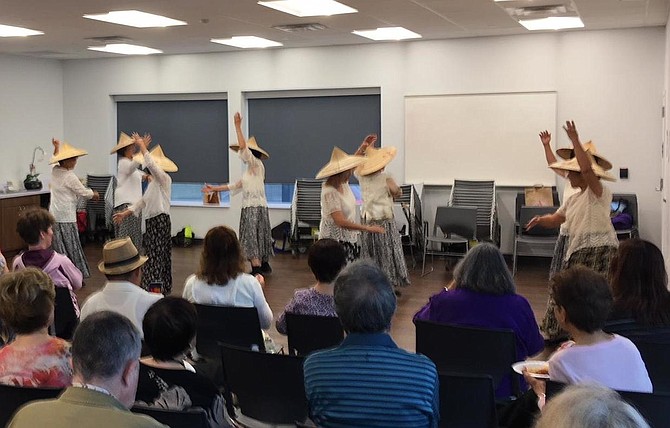 When Burke resident Corazon Sandoval Foley retired in 2007, she decided to dedicate her time to serving the Fairfax County community. Foley, who is Filipino-American, documented and shared the history of Filipinos and Asian Americans in Fairfax through numerous publications. She also established the Burke/West Springfield Senior Center without Walls, providing services for senior citizens in her district.

After several conversations with fellow seniors, Foley recognized the need for a senior center when they continuously asked for facilities nearer their homes. Foley then organized the Burke/West Springfield Center Without Walls. At that time, the Springfield District was the only district without a permanent building dedicated to seniors. Together with Fairfax County officials, they found a creative solution by tapping churches and libraries to be venues for various senior activities like yoga, self-defense, tai-chi, Qi-gong, Zumba, ballroom dancing, line dancing, hula, and folk dance.

Foley considers her Filipino identity important. “Our family has tried to respect and maintain our heritage and traditions here in Fairfax County,” she said, adding that when her son was married they observed Filipino rites by adding the traditional veil, cord and coin ceremonies but also included a bagpipe ceremony, a nod to her daughter-in-law’s Irish roots. Foley thinks that this is representative of Fairfax County’s diverse community where there’s an “interesting mingling of traditions.”

Foley’s outstanding community service was recognized with numerous awards. This includes Lady Fairfax 2009, the Merit of Citation in the Citizen of the Year Awards in 2012 for Fairfax County citizens and more recently, the Virginia Foundation for Women in 2017 as one of the Virginia Women in History.

When asked about the importance of being Asian American, Foley said, “they have taken up their responsibilities in contributing to the prosperity and strength of our American community.” She added, “our Asian American history also encourages us to strengthen the American tradition of freedom and equality – making real the Independence Declaration that all men are created equal.”