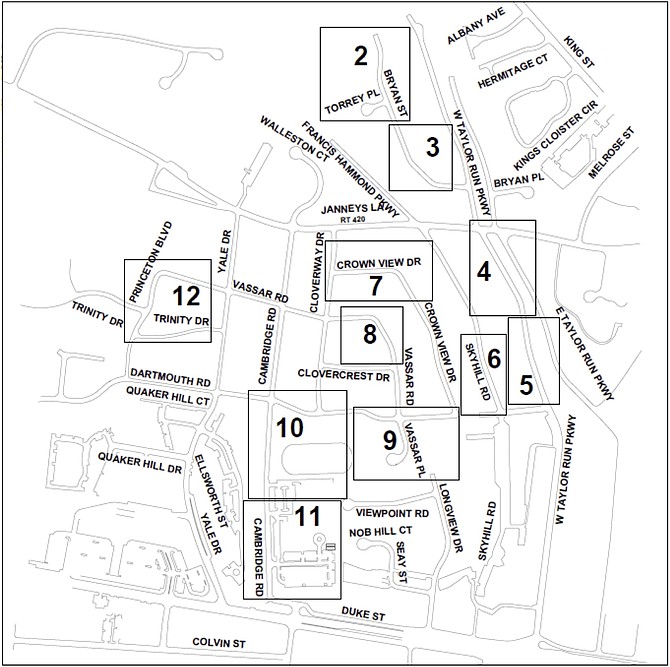 Washington Gas sent a notice to the Clover College Park Civic Association (CCPCA) on March 8 indicating that during a recent evaluation of the neighborhood it determined that several gas lines will be replaced under Virginia's SAVE Act. The notice was accompanied with a list of the 105 services that will be affected with most located on Bryan Street, Cambridge Road, Crown View Drive, Dartmouth Road, Skyhill Road, Vassar Place and W. Taylor Run Parkway.

Work is scheduled to begin on or about April 8 and to be completed within 12 weeks, weather permitting. Washington Gas requested a meeting with the CCPCA on March 27 to share additional information about the SAVE Act passed in 2009-2010 to accelerate replacement of gas facilities such as those to be replaced in Clover College Park.

A fact sheet accompanying the Washington Gas notification outlined the steps in a typical natural gas replacement beginning with contact with the customer to schedule the date of their service replacement.

Gas will be turned off at the residence for no longer than one day with relighting of gas appliances after the service replacement is completed. Efforts will be made to minimize disruption to the homeowners' properties during installation, and property restoration will restore the area to as close to as found condition as possible.

Notice of upcoming extensive replacement came after several months of neighborhood concern beginning in October 2018 about continuing odors of gas around the area. A number of repairs were performed during November and December. On Jan. 10 Washington Gas attended a meeting of the CCPCA to explain how they respond to leaks and to outline the safety procedures utilized to assess and maintain the system.

Katie Harkless, director, Below Ground Field Operations, indicated at the meeting that on Jan. 2-3 Washington Gas had done a special assessment of the area and they found 11 leaks, eight hazardous which were repaired within a day and a half, and three non-hazardous that will be rechecked in six months. Washington Gas indicated that they conduct a proactive gas leak survey every three years to ensure safety, reliability and protection and, while they were performing repairs as needed, that they did not see a pattern.

Reports of gas leaks continued into January with Washington Gas trucks a familiar sight around the neighborhood. Washington Gas sent in crews to perform additional repairs. On March 8 residents received a notice about the planned replacement of 105 services in the area.

The SAVE Act allows natural gas utilities to implement a SAVE plan for eligible infrastructure replacement projects which meet certain requirements for safety and greenhouse emissions. In the Alexandria area, there are 33 active or soon-to-be active VA SAVE related projects, which will replace just under 400 feet of main and approximately 700 service lines. Projects are selected based on risk-based modeling for mains and service projects as well as leak rates by area for service-only projects.