Examining Confluence of Religion and Journalism 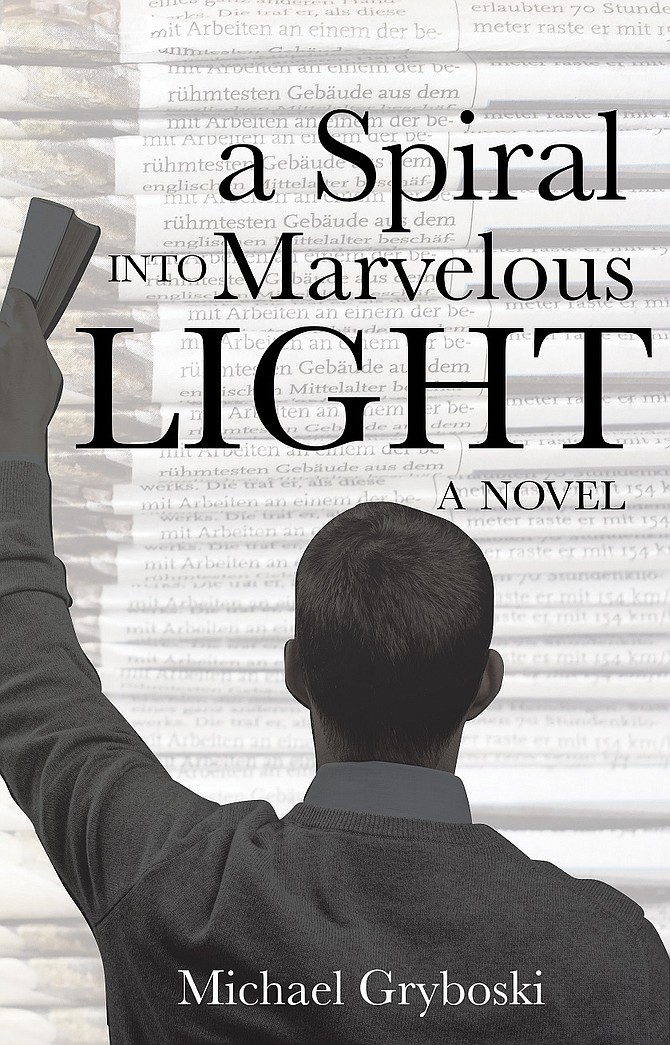 Michael Gryboski has a few things in common with Scott Addison, the main character he created for his latest novel, “A Spiral into Marvelous Light” — the story of a writer tackling an article with a heated subject.

Like Addison, Gryboski — an Alexandria native — is an experienced journalist with ties to the D.C. area. They both cover political issues of national impact and confront controversial topics.

“I put a lot of my own personal experience into Addison,” said Gryboski, who writes for The Christian Post. “His experience mirrors mine with how he interviews people, transcribes those interviews, and then how he writes about those day-to-day issues. Also, my home state of Virginia provides the main setting. The book features Alexandria and Richmond, which are places I have strong personal ties to.”

There is, however, one significant difference between the two. While Addison is downright apathetic with regard to religion, Gryboski’s Christian faith has always fueled his professional journey.

“I began to write in my free time back in 2001, when I was in ninth grade at Minnie Howard, largely in response to the September 11 terrorist attacks,” Gryboski said. “After the tragedy, it was inspiring to see people come together, to see the rise in church attendance, to see more of my classmates saying the Pledge of Allegiance. Then it was a cynical downer to see these trends reverse course as the weeks went by. The whole cycle instilled in me a need to make the world a better place — to serve God and man through literature. The September 11 terrorist attacks always reminded me that even if I kept my ideas to myself, someone out there would still hate my guts.”

Released to the public on Tuesday, March 26, Gryboski approached “A Spiral into Marvelous Light” as a way for him to serve both God and fellow man.

“In 2016, Dean Baquet, [executive editor of The New York Times] did an interview with NPR, explaining how major new media sources often don’t really ‘get’ religion,” said Gryboski, who is speaking as an individual and not as a representative of the news publication he works for. “I was really impressed with that observation and how he wanted to learn more. They say journalism is one of the most secular fields, that individual journalists are disproportionately unreligious. I thought I could help a little by shedding some light through fiction.”

Gryboski figured the best way for him to analyze this phenomenon was to tell a relevant story from the perspective of a journalist who distances himself from religion.

In “A Spiral into Marvelous Light,” Addison chronicles the life and death of a recently deceased public religious figure, the fictional Reverend Sammy Milton — a character that may have started to bubble in Gryboski’s brain more than 10 years ago.

“The first event to ultimately inspire me was in 2007, when [the famous Baptist pastor and television evangelist] Jerry Falwell died,” he said. “Originally, I didn’t have a very high opinion of Falwell, but then I read more about him. I was impressed with his philanthropy. He had a reputation for having a lot of friends and acquaintances. There was a thought that he was loud, outspoken and polarizing, but he was so much more. As it turns out, a lot of these qualities went into the character of Reverend Sammy Milton.”

While not his first novel, “A Spiral into Marvelous Light” is a little something different for Gryboski.

“My other novels tend to be more action-packed,” Gryboski said. “This is technically novel number eight, and I wanted something more centered on drama and emotion — something more focused on the spiritual, the historical, and the intellectual. Another difference is the personal aspect. I put a lot of my experiences as a journalist and as an observer as well as a participant in the ideological conflicts of modern America into this story.”

Despite that the novel fleshes out some touchy topics, Gryboski wrote it as a book for everyone to enjoy — and for every reader to glean something from.

“I try my utmost to really get toward different points of view,” he said. “Different groups are represented. That was a goal with my book, to build bridges. We are a time when it’s not the worst for political civility, but it’s not great.”

Available to readers through all major retailers, “A Spiral into Marvelous Light” was a novel that the publishers at Emerald House Group were eager to get behind.

“I believe this story is a fundamental foundational tool that everyone should consider using today,” said Elizabeth Burgdorf, publicity director for Emerald House. “The message is: ‘Give others who are different from you a chance. Don't buy into a package deal of believing a certain way, or that people who think differently are enemies you need to shut down … If you do, you may be missing out on a life-changing conversation, preventing yourself from learning a different perspective, or depriving yourself of so much more.”

Gryboski has been following politics, and the way it intertwines with religion, for as long as he remembers.

“For most of my life, I lived in Alexandria, across the street from the epicenter of American politics,” Gryboski said. “While in high school, I used to regularly watch prime time cable news and watch the pundits and activists debate each other. From there, I would look up the groups that were represented and read their websites. I debated with non-like minded friends, usually in a civil manner. Actually, for teenagers and adolescents, I think we sometimes did a better job of being civil in our disagreements than many adults do today.”

As for the kind of job he did with “A Spiral into Marvelous Light,” Gryboski insists that only time will tell.

“People who have read my manuscript as of now have given me great feedback, but I really won’t know whether or not I fulfilled my goal until the book has been out for awhile,” he said. “I’m cautiously optimistic that I’m getting an important message across.”