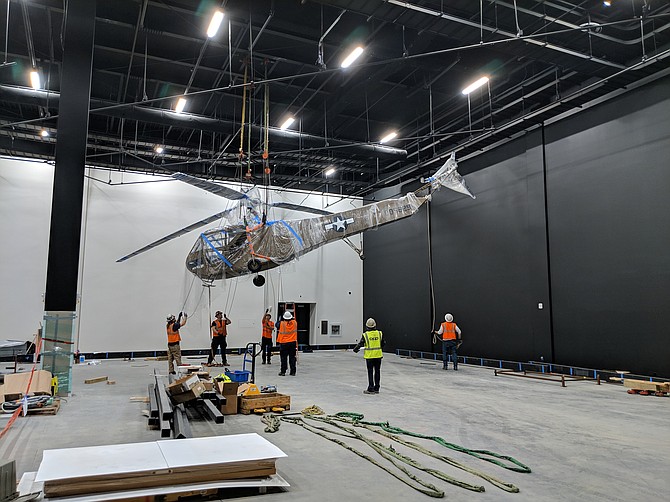 New Army museum at Fort Belvoir is in the crosshairs of the task force.

In a county district that has tourism sites from all ends of the spectrum, promotions begin with a big picture and fan out from there, aiming to attract

the eyes of tourists looking to get more value for their visit. The newly formed tourism task force in Mount Vernon is a big picture group that is looking to highlight the district’s many historic sites.

Mount Vernon District Supervisor Dan Storck is behind the effort and wants everyone to know that “we have more tourist sites in Mount Vernon than in Northern Virginia,” he said. “People don’t know that.”

Whether it’s George Washington’s Mount Vernon, the Workhouse Art Center in Lorton or the soon-to-open U.S. Army Museum in Fort Belvoir, the sites in Mount Vernon are part of the big picture. “The task force is somewhat of a joint marketing, joint collaborative effort,” Storck said.

The collaboration Storck is referring to includes several county entities, chambers of commerce, museums and neighborhood groups whose mission is to “look for opportunities to create synergy, combine resources, explore new transportation options between partner sites and ultimately create a placemaking strategy to provide a richer experience for all,” the task force information stated.

One element the task force has identified so far is a full-service hotel, similar to places in Old Town, Alexandria or Crystal City, which are a bit more upscale and have meeting rooms, indoor pools, restaurants and other elements that make it a destination. This might attract an association’s annual meeting for example, where they fly in officials who stay for a week, using Reagan National Airport via the George Washington Memorial Parkway. “More of an upscale hotel,” Storck said. They’ve identified several possible locations for this hotel, including a spot near the intersection of Jeff Todd Way and Richmond Highway. “A couple of sites would be ideal, several places,” Storck said. Fine dining options was another element they will focus on.

The first official meeting of the task force took place in early February and the next meeting will be in March where they’ll discuss tasks for the upcoming summer tourism season.