‘Smiling to Everyone He Met’
Votes

‘Smiling to Everyone He Met’ 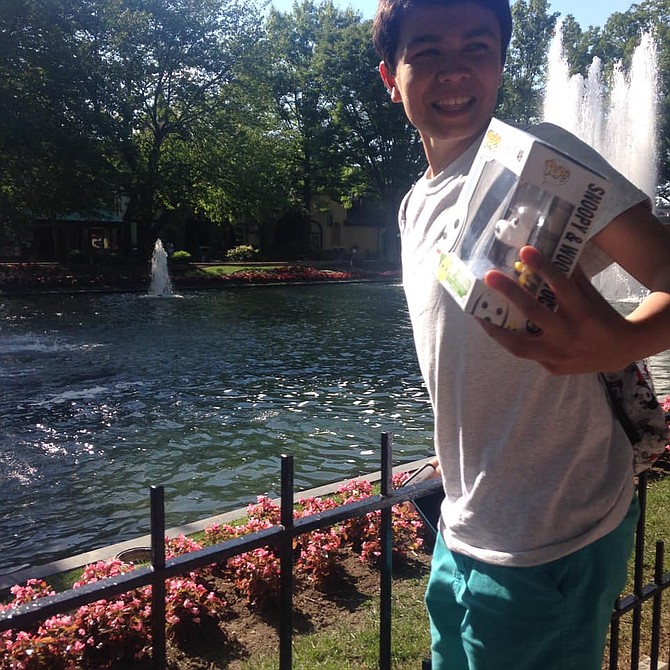 “Smiling to everyone he met came so easy to him,” said Mary, a 10th-grade student and classmate of Daniel Cruz's at South Lakes High School in Reston who summed up his personality best. Cruz (in this photo) is the Reston teen who was killed in a hit and run accident on the evening of Dec. 29, 2018. Photo via Madison Grace Shannon on Facebook 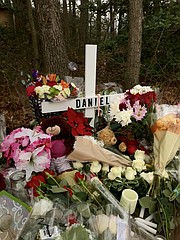 The memorial site for Daniel Cruz continues to grow as family and friends mourn the loss of his life and hope someone will come forward with information or accept responsibility. 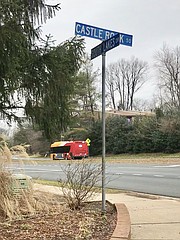 Daniel Cruz, a sophomore at SLHS was killed in a hit and run accident on Saturday evening, Dec. 29, 2018, as he attempted to cross South Lakes Drive towards Castle Rock Square.

As the Reston and South Lakes High School communities mourn the loss of 16-year-old Marvin "Daniel Cruz" Serrano, as he was returning home from work, they fondly remember him. A sophomore at South Lakes, He was killed in a hit and run accident on Saturday evening, Dec. 29, 2018.

“Daniel was a soft-spoken, hard-working young man who was kind, thoughtful and dedicated to his family,” said South Lakes High School Principal Kim Retzer. “On behalf of the SLHS community, we extend our deepest condolences to his family and friends during this difficult time," she said.

As the memorial site for Cruz continued to grow over the holiday break, students and staff entered South Lakes High School on Wednesday, Jan. 2, 2019, for counseling and clinical support offered by Fairfax County Public Schools to cope with the sudden loss. Many students appeared too distraught to comment according to Retzer.

Mary, a 10th-grade student at SLHS summed up Cruz’s personality, saying: “Smiling to everyone he met came so easy to him.” According to a spokesperson at South Lakes, as of Monday, Jan. 7, funeral arrangements remained pending.

According to the police report: "The teen was attempting to cross South Lakes Drive towards Castle Rock Square when he was hit by a vehicle. He was pronounced dead at the scene. There is a crosswalk at the intersection and detectives are still conducting their investigation to determine if the teen was using the crosswalk." According to the report, the driver left the scene. "Detectives believe the involved vehicle was a sedan, but an exact model or color is unclear. The car would have heavy front-end damage."

Reston Police District stated that detectives from their Crash Reconstruction Unit are asking anyone with information about this incident to contact the Crash Reconstruction Unit witness phone line: 703-280-0543. Tips can also be submitted anonymously through Crime Solvers by visiting http://www.fairfaxcrimesolvers.org or calling 1-866-411-TIPS (8477). They can also be sent in via text by texting “TIP187” plus the message to CRIMES (274637). Text STOP to 274637 to cancel or HELP to 274637 for help. Message and data rates may apply. Anonymous tipsters are eligible for cash rewards of $100 to $1000 if their information leads to an arrest.