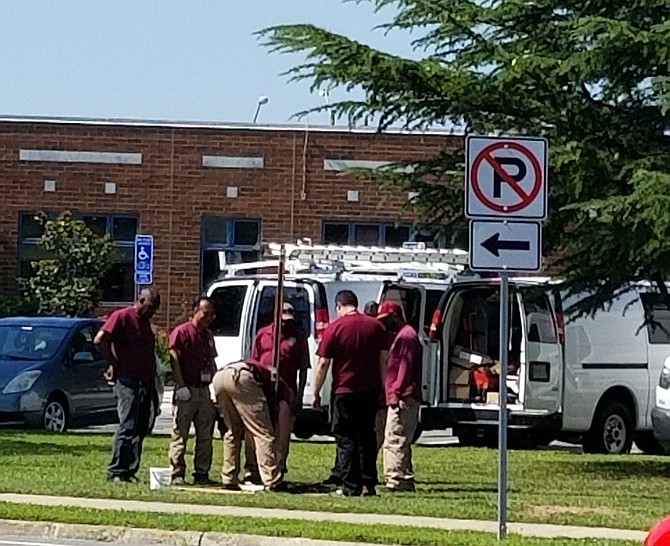 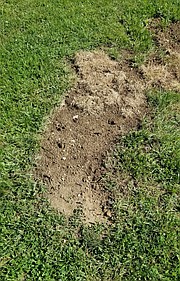 Last week, I visited the farmer's market at the Sherwood Hall library. Parking was overflowing so I parked across the street at the Mount Vernon Government Center. After parking, I became intrigued by the presence of seven county employees and two large county vans (see photo). I began watching these employees and realized they were there removing a signpost close to the street. As we know, this is a one-person job, requiring digging down to remove dirt around a concrete anchor. Two of the men were mainly involved in the process while the other five observed the action. After awhile, the signpost was removed and the men departed.

I came back last Friday to see what the former location of the signpost looked like. Nothing unusual, just dirt where the signpost had been located (see photo). To those of you wondering why our taxes are so high in Fairfax County, this is but one small example of what might be an over-staffed bureaucracy.