Richard Cogan reflects on his contribution to the Apollo 11 mission. 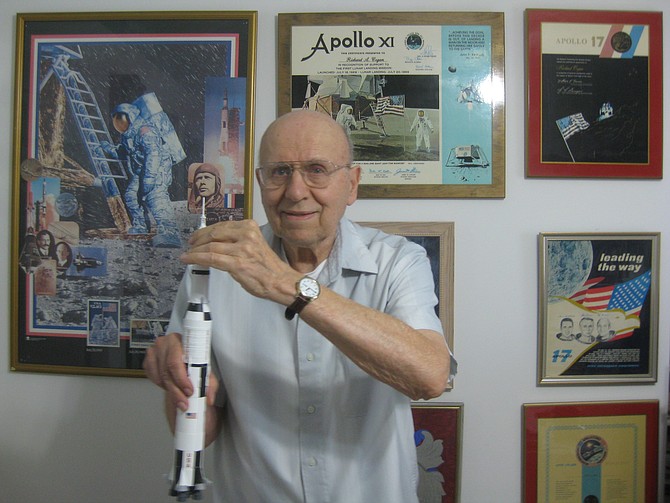 Great Falls resident Richard Cogan holds a model of the Saturn V rocket, which sent Apollo 11 on its way to the moon. Photo contributed

On this week’s 50th anniversary of Apollo 11 landing and the historic first steps on the Moon, Great Falls resident Richard Cogan reflects on his contribution to the space program.

In 1969, he was a software engineer working at Goddard Space Center in Greenbelt, Maryland. His team was responsible for testing the software which would provide telemetry streaming to and from the spacecraft. Just before Memorial Day of that year, Cogan discovered a problem with the software. He and a colleague worked long hours through the holiday weekend to resolve it. They finally succeeded on Memorial Day.

Cogan was so elated that he wrote a letter to Armstrong, Aldrin and Collins, reassuring them that the telemetry software had been thoroughly checked. To his great surprise and delight, he received a reply from them, just days before the launch.

For Cogan, working on Apollo missions 8 through 17 was the most exciting job in his career.