Awards recognize contributions of those making the community a better place to live and work. 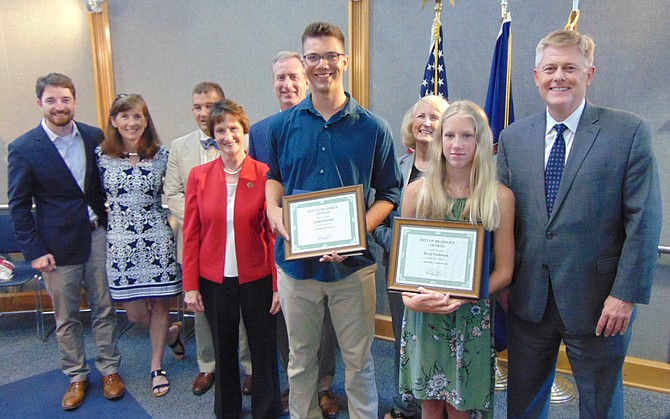 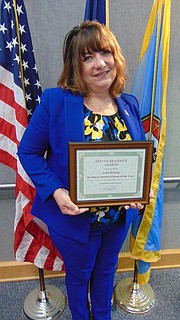 Joan Bishop of the Olde Forge/Surrey Square Civic Association was named Braddock District Citizen of the Year at the Best of Braddock Awards ceremony held Wednesday, July 10, 2019 at the Braddock District Supervisor’s office.

According to Cook, Braddock District Supervisor: “This is our annual awards ceremony for everyday people in the community who have stepped up to do something extra special in their own neighborhood. It’s always inspiring to hear the stories of what people have done and be able to recognize that and hope that that inspires others to step up and carry the torch.”

Added Sharon Bulova, Chairman of the Board of Supervisors: “I think the BOB Awards are just fantastic. Good deeds are contagious and when people do something that benefits the community, not only do they do something that benefits the community, but others learn from them and imitate and duplicate their good efforts. So, the BOBs do that, and I love every year listening to and learning about people’s contributions.”

“One thing about this event is it brings the community together to appreciate the volunteerism, the civic engagement that people have been doing the last year. It recognizes people from young ages from 8 to older ages. It’s to show that this community is tight,” said George Becerra, president of the Braddock District Council. “We see each other at the Giant; we see each other at Shoppers, at McDonalds, and at the high schools – so it all turns out just recognizing the good works that have been going on this past year.”

Added Del. David Bulova (D-37): “Well, our volunteers are the lifeblood of our community. One of the things I feel very fortunate about is that Braddock District has a lot of wonderful volunteers. I know this isn’t why they do it; they do it because they want to keep the community strong. But I love having the opportunity to honor those people who volunteer and give so much to our community.”