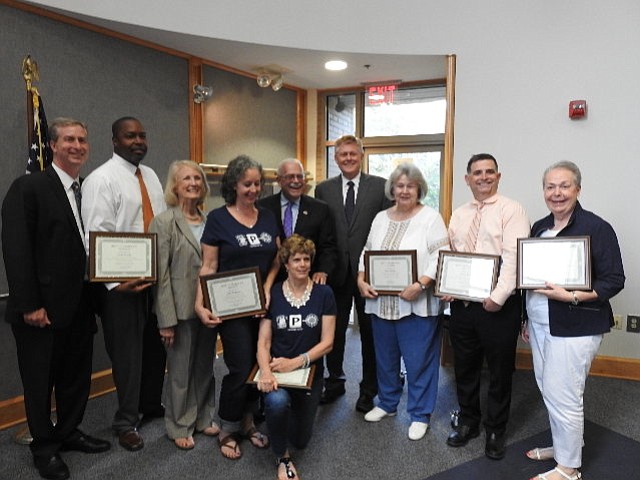 Elected officials with the winners of the Best of Braddock Awards. Photo contributed

The Best of Braddock winners included:

At the end of the ceremony, Supervisor Cook gave a special speech to thank George Klein for bringing the community together as the Braddock District Council president over the last four years.