Preview: Classical Music Can Be Fun for Children in Arlington
Votes

Preview: Classical Music Can Be Fun for Children in Arlington 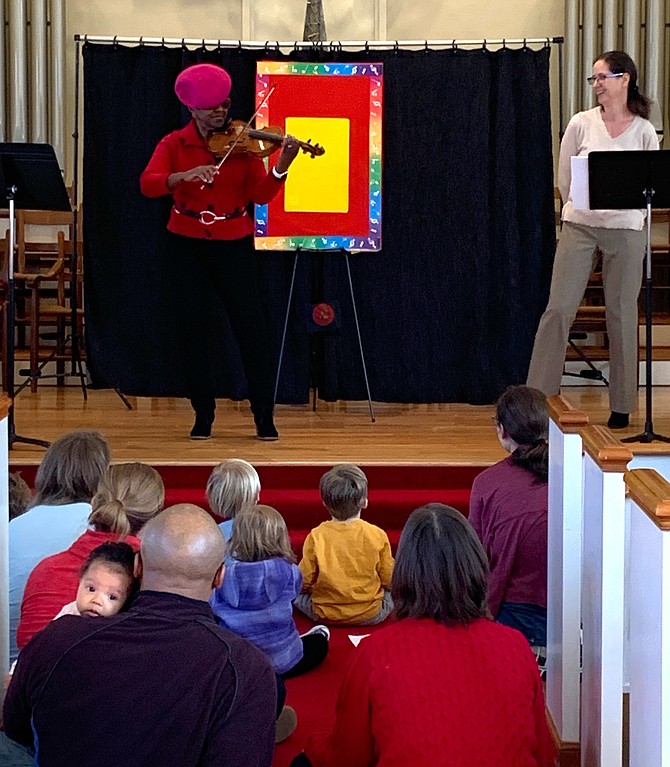 Bring the children to experience classical music in a comfortable setting at Rock Spring Congregational UCC on Little Falls Road on March 9 from 9-10:30 a.m.

“Kids can sit on the floor, not in a concert hall 20 rows back where they can’t see,” said Elizabeth Kluegel-Niblock, director of Music at Rock Spring. She says the goal is to make classical music accessible to children in a fun atmosphere, and it is free for those who can’t afford to donate.

The March 9 concert will feature Philippe Chao on the viola with his wife Eva Cappellini-Chao on the violin with their children who also play stringed instruments. Both Philippe and Eva play with the Kennedy Center orchestra. They will talk about string instruments and explain classical music.

Kluegel-Niblock says this is part of a series for children in the winter months “although this year we will wrap it around to the fall when the weather is better.” She says one concert featured a cellist with a magician. “Presto, and the violin became bigger and was a viola.” She said they also had a program featuring American composers where they asked what was going on in America during the time period of the compositions, what would people be wearing, seeing to get children engaged in the time.”

Often the performers are instructors and will bring 3/4 size instruments so the children can touch “the petting zoo of instruments.” She said, “The programs are specifically geared to young children.”

Kluegel-Niblock said the recital series began about 14 years ago when they had a relationship with IBIS Chamber Music who couldn’t host it so Rock Spring has been holding children’s concerts ever since. These concerts are held at Rock Spring Congregational UCC at 5010 Little Falls Road on Saturdays with 3-4 a year. They are followed on Sunday afternoons by a longer related program for adults, also at the church.