Music to Their Ears in Alexandria
Votes

Music to Their Ears in Alexandria 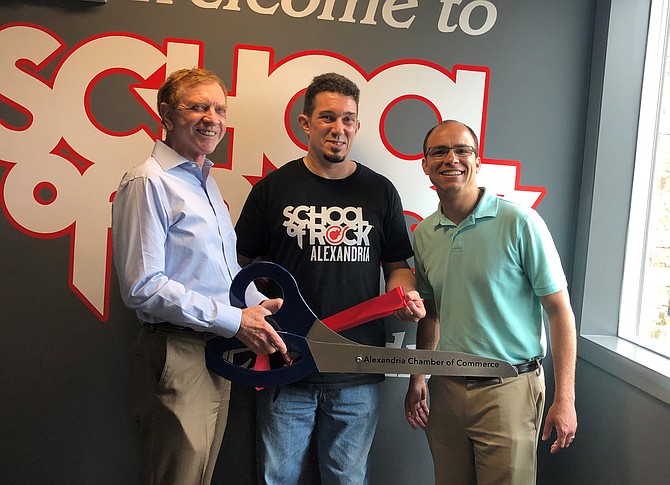 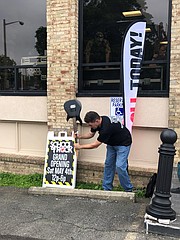 Alexandria School of Rock owner Steve McKay smashes a guitar May 4 to celebrate the grand opening of the school’s Duke Street location. The guitar smashing has become a trademark opening ritual for School of Rock franchises.

School of Rock celebrated its Alexandria grand opening May 4 with a ceremonial guitar smashing, the trademark ritual performed at new School of Rock locations.

Mayor Justin Wilson and Chamber of Commerce CEO Joe Haggerty were on hand as owner Steve McKay welcomed the community to the festivities, which included live music performances by neighboring School of Rock house bands, school tours and lesson demos.

“I know what performing rock music has given back to me,” said McKay, a drummer who left the corporate IT sector to open School of Rock. “To have the opportunity outside of traditional music lessons, to teach students music through performance is especially exciting for me. I look forward to helping the future students of School of Rock Alexandria, not only to become better musicians but help achieve their all of their goals in life through School of Rock’s core principles and curriculum.”

School of Rock specializes in performance-based music education. A variety of lessons are available to students of all ages, including guitar, singing and piano. Students learn theory and techniques via songs from artists such as Pink Floyd, Led Zeppelin and Frank Zappa.

The Alexandria location is the seventh in Virginia. Other locations include Vienna, Virginia Beach, Haymarket, Ashburn, Midlothian and Glen Allen. Founded as a single school in Philadelphia in 1998, School of Rock now operates more than 230 schools in 10 global markets. Since 2009, School of Rock has grown student count from 4,000 to more than 33,000.