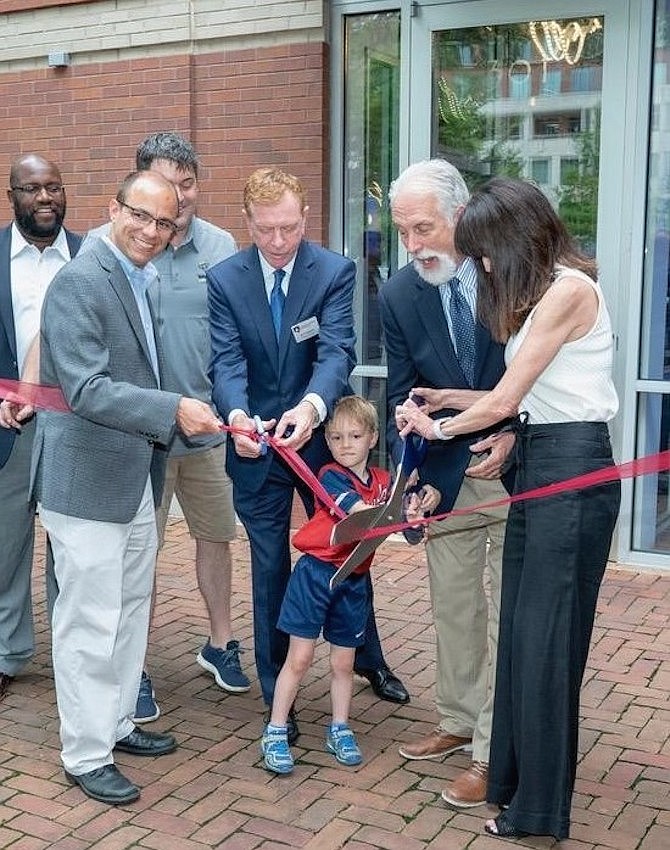 The nautical-themed restaurant is the brainchild of local restaurateur “Mango” Mike Anderson, his wife Donna and business partner Bill Blackburn. It opened to the public last month and joins five other Alexandria restaurants as part of the Home Grown Restaurant Group, including Sweet Fire Donna’s and Tequila & Taco in the Carlyle District.

The 100-seat space at 301 John Carlyle St. took the Andersons and Blackburn more than two years to open. It features a repurposed dry cleaning conveyor, which holds more than 120 varieties of whiskey and rotates above the bar and dining room.

The restaurant is working with The Oyster Recovery Project to recycle its oyster shells and 10 cents of every oyster sold is donated to the nonprofit ALIVE! to fight hunger.