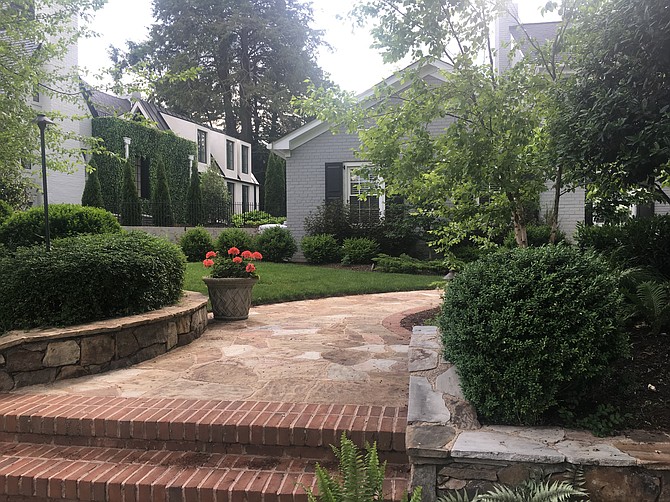 A typical ADU, built as a mother-in-law suite, in Arlington. Photo by Eden Brown.

Local tree protection advocates lost their battle to delay or reject the Arlington County Board vote on Accessory Dwelling Unit (ADU) setback when the board went ahead with a vote on Saturday, May 18, approving the five-foot setback for ADUs.

Tree canopy advocates argued the 5-foot setback for ADUs would reduce Arlington's shrinking tree canopy and increase storm water run-off. On smaller lots, where trees cluster around the perimeter and at the rear of lots, exactly where these ADUs would go, they noted, the trees would come down in favor of the building.

Arlington County planners believe the amendment will make it easier for homeowners to build ADUs which could function as additional lower cost housing. ADUs are usually designed for an older family member or children, but could also be for short-term rental.

Arlington Tree Action Group (ATAG) did not believe the ADU amendment would solve the problem of high housing costs in Arlington. Its view was that ADUs trump existing single family zoning by placing two dwellings for two families on a lot zoned for single-family dwellings. “A new ADU may be closer in proximity to a neighbor’s home than to the home of the ADU’s owner,” according to ATAG. ATAG’s second concern was for impervious surfaces, which they said was now at 45 percent of the county and climbing, exacerbating stormwater runoff.

In March 2019, the Urban Forestry Commission weighed in, proposing the county explore ways to incentivize applicants to preserve mature trees or deter applicants from placing detached accessory dwellings near mature trees. The commissioners asked if there was a way to monitor the impacts to trees or report the loss of trees.The commission also sent the county a letter requesting further changes to the proposed amendment, including adding other requirements regarding tree preservation, monitoring of impacts to trees, and providing notice to adjacent neighbors regarding impacts to trees.

For the full documentation on this zoning change, see: https://housing.arlingtonva.us/plans-reports/accessory-dwelling-ordinance-update/