Cappies Nominations: Woodson and Fairfax Students are Thrilled by the Peer Recognition
Votes

Cappies Nominations: Woodson and Fairfax Students are Thrilled by the Peer Recognition 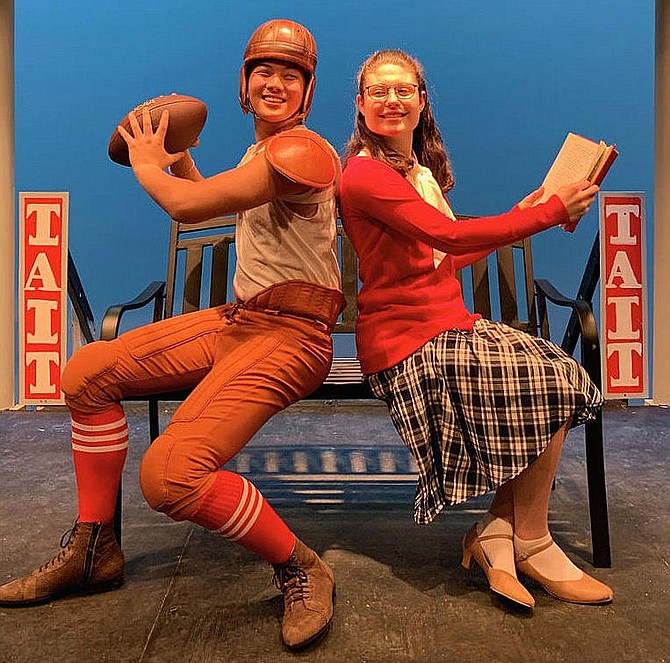 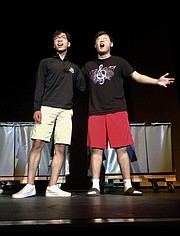 From left, Dylan Dipasupil and Gin Choi are both nominated for Cappies for Woodson High’s “Thoroughly Modern Millie.”

The performances have been given, the critics have written their reviews and the ballots have been cast for the 2019 Cappies, honoring the best in high-school theater. And both Woodson and Fairfax High garnered nominations for their shows.

The winners will be revealed at the 20th annual Cappies Gala for the National Capital Area on Monday, May 27, at 7 p.m., in The Kennedy Center in Washington, D.C.

• Woodson’s nominations are as follows:

• Fairfax’s nominations are as follows:

Both Woodson Theater Director Terri Hobson and Fairfax Theater Director Erich DiCenzo are delighted with the recognition their musicals, students and theater programs received. Talking about it with each other, last week, they also realized they have a shared vision and mission for their students. So in response to their schools’ Cappie nominations, they issued the following joint statement:

“We are grateful that the arts are well-supported in our schools so we can create art with our amazing students. We take pride in providing a safe space for all students to perform, design, build, choreograph, lead and follow in a variety of capacities.

“Our artists are learning lessons that extend far beyond the stage – lessons of connections, compassion and kindness. Our students are proud of their performances and are thrilled to be recognized by their peers through the Cappies program. We both have lots of students attending the Cappies Gala, and we look forward to the energy and excitement that the Gala exudes – with hundreds of theater kids celebrating each other’s work.

“We are both so very proud of our student performers, technicians, designers and other leaders on our teams. Our greatest pride is being able to teach students to be those leaders and take ownership of their accomplishments.”