Add at least 30 minutes to commute and prepare for other impacts. 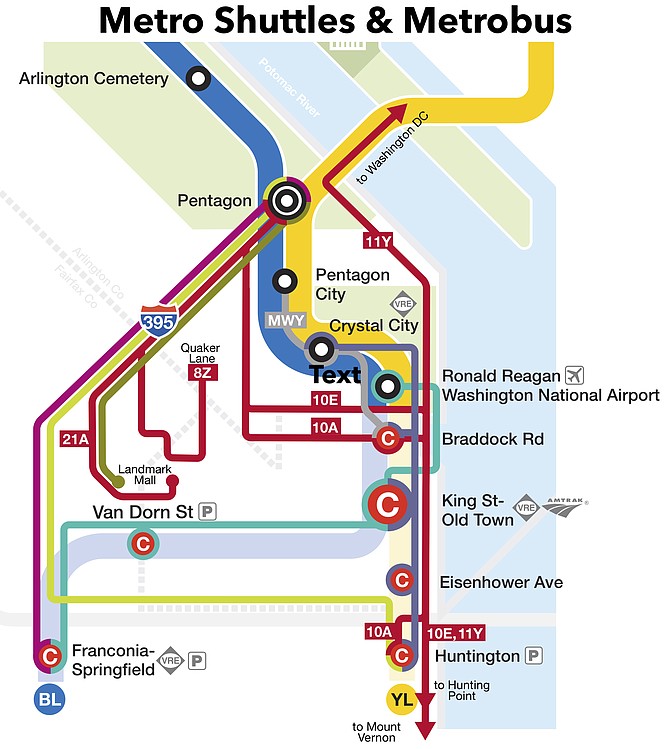 Extracted and modified from www.wmata.com. 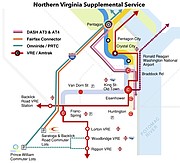 Extracted and modified from www.wmata.com.

Starting this Saturday, May 25, all four of Alexandria’s Metrorail stations will close for three months of around-the-clock repairs and improvements.

Though the rebuilt stations will ultimately prove “very beneficial” to the city, “I also don’t want to sugarcoat things for you,” Yon Lambert, the city’s transportation director, told City Council last Saturday, May 18. “There are going to be significant challenges that we see in the first week of this. There are going to be things … that we have not planned for.” He expects the city “will be calling a number of audibles during this process.”

“We are asking the public to be patient over the summer and ensure that they are adding 30 minutes to the normal commute,” said Lambert.

Metro will operate five free shuttle bus routes during the summer, in cooperation with the city government. The routes will run from Alexandria’s Metro stations and Landmark Mall to still-operating Metro Stations north of Braddock Road. In particular, multiple express routes will serve to move end-of-line commuters between Franconia-Springfield and Pentagon stations.

Express shuttles will run every 5 minutes during peak periods, every 10 minutes throughout the rest of the day on weekdays, every 10-15 minutes on weekends.

“We are watching closely with WMATA [Metro] the bus run times,” said Lambert. “Ensuring that the shuttles and buses are running with high frequency and on time is our number one priority.”

“We are not able to prepare traffic projections for specific segments this week,” said city spokesman Craig Fifer. But for perspective, more than 40,000 commuters per day usually flow through Alexandria’s four Metrorail stations — over 6,000 during a single hour in the peak morning rush. During planning last fall, Metro assumed about 60 percent of displaced riders would shift to shuttles or expanded bus services, leaving the rest to find other alternatives.

The city will make temporary “tactical changes” to improve traffic capacity on its roadways, said Lambert. Major changes will include:

Station improvements will require 700 workers laboring 24 hours a day. Metro will provide parking and shuttle services for workers at Eisenhower and Huntington stations.

“The bottom line is that it’s going to be disruptive for us,” said Lambert. “The loudest work that will be occurring will involve saw cutting and jackhammering. The city staff is going to be closely monitoring, with respect to construction worker parking, dust and haul routes.”

Residents can report complaints about construction noise to Metro at 202-637-700 or wmata.custhelp.com.

The shutdown will affect not only residents and commuters, but also tourists and visitors who bring their wallets to Alexandria.

The city earlier forecasted, as a result of the shutdown, hotel revenues will drop by about $9 million and associated tax receipts $600,000. Asked for additional economic impact estimates, such as drops in restaurant receipts, the city administration said it doesn’t have any.