Fast and Fabulous in Alexandria
Votes

Fast and Fabulous in Alexandria

Festival of Speed and Style debuts in Old Town. 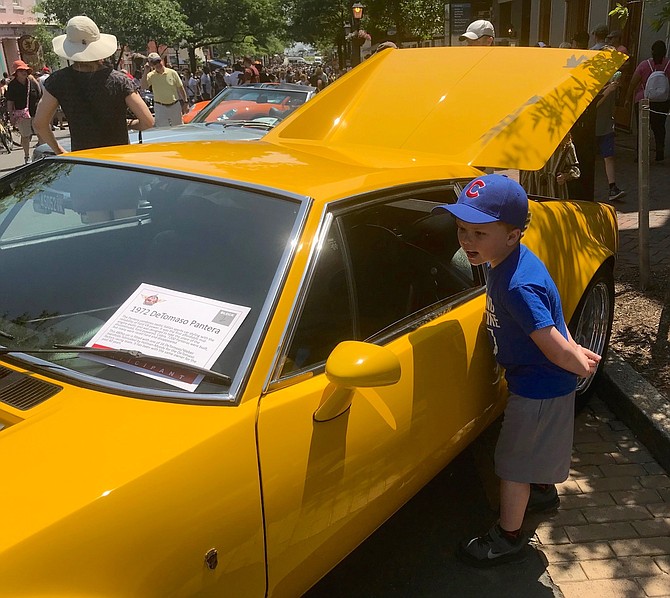 Jackson Cook of Petersburg, W. Va., checks out the inside of a 1972 De Tomasa Pantera at the Old Town Festival of Speed and Style May 19 on King Street. Photo by Janet Barnett/Gazette Packet

Robert Lydick of the Bailey’s Crossroads Rotary Club stands next to a car being raffled off as a fundraiser for the organization during the Old Town Festival of Speed and Style.

Casey Francis gets the feel of sitting in a Ferrari as a model showcases an outfit from the Old Town Boutique District.

Crowds check out the vintage cars on display as part of the May 10 Old Town Festival of Speed and Style on King Street.

Classic cars and forward fashions were on display as car enthusiasts from across the region flocked to King Street May 19 for the inaugural Old Town Festival of Speed and Style. The event featured more than 80 vintage, rare and classic cars and served as a benefit for ACT for Alexandria community trust.

High performance and exotic cars from around the world were on display along three blocks on lower King Street, which was closed to traffic for the single-day event.

The festival was the brainchild of Rick Myllenbeck, the owner of Sonoma Cellar wine tasting room and restaurant in Old Town. and was co-produced by a group of Alexandria vintage car collectors and enthusiasts who travel around the world participating in classic and exotic car events.

“This is all about the community and sharing,” said Myllenbeck in announcing the event. “We want to share beautiful cars and local fashion with residents and visitors, while bringing attention to Alexandria’s charming and unique Old Town area and benefiting Act for Alexandria — a terrific community-based charitable organization.”