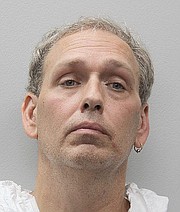 Fairfax County police have charged a Manassas man with last week’s fatal shooting of Miguel Angel Leiva Hernandez, 30, of Chantilly. The suspect is Steven A. Green, 51.

The tragedy occurred Friday, May 24, around 1:30 a.m. in a Chantilly shopping center in the 14500 block of Lee Jackson Memorial Hwy. According to police, officers called to the scene found Hernandez’s body in the parking lot, where he’d been shot.

He was then taken to the hospital and pronounced dead. Two other victims, who were not shot, were transported to the hospital with non-life-threatening injuries. Green – who waited for police to arrive – was charged with murder, malicious wounding and use of a firearm in the commission of a felony.

Police recovered a firearm when they arrested him. Green was then taken to the Adult Detention Center and held without bond. Meanwhile, detectives are continuing their investigation into the events leading up to the shooting. The Office of the Chief Medical Examiner planned to conduct an autopsy on the victim.

Meanwhile, police are asking anyone with information regarding the shooting to call the Major Crimes Bureau at 703-246-7800. They may also call police at 703-691-2131, or notify Crime Solvers at www.fairfaxcrimesolvers.org or by texting “TIP187” plus the message to CRIMES (274637).