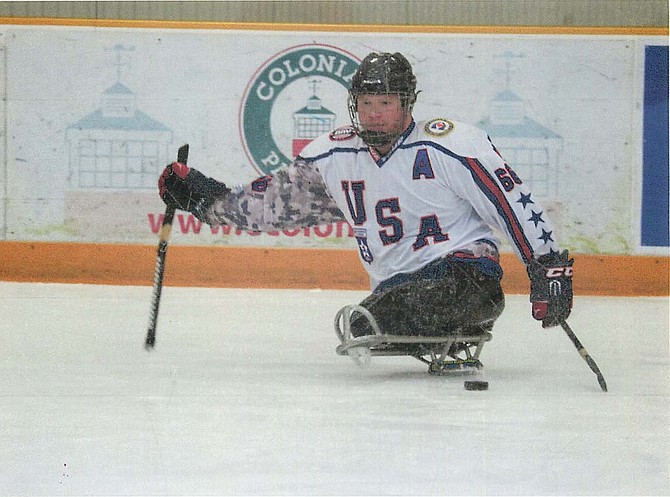 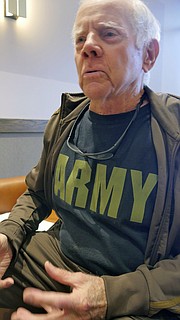 Chuck Toftoy thinks back to 2004, when five members of his West Point class of 1958, led by Lee Miller, started an informal program to help Wounded Warriors at Walter Reed National Military Medical Center focus on life after the military.

The program has grown into a national nonprofit with a one-on-one relationship between the mentor and the wounded warrior in transition to life after military. This non-governmental organization does not solicit funds and is run entirely with volunteers. Over the years the program has assisted 3,000 Wounded Warriors with 600 trained mentors.

Since then Toftoy has mentored twelve wounded warriors. "They try to link you up with someone who makes sense because of your similar backgrounds." In 2015 Toftoy was assigned to mentor Sgt. Robert Easley because of Toftoy's experience as a paratrooper and an Army Ranger, and because he had been wounded twice himself in Vietnam. "When you both have a Purple Heart, it makes it easier because you immediately have something in common.

"We first had lunch in the cafe at Walter Reed with his wife. Easley was in a wheelchair." He had lost both legs above the knees. "He was a very depressed guy." Toftoy remembers talking to him about his VA benefits, about taking his aptitude tests to identify interest for future employment. But what really clicked was when he figured out that Easley loved to play Sled Hockey.

Now Easley plays with the USA Warriors sled hockey team. Toftoy says, "My wife and I went to a game at Ballston where the Washington Capitals practice. You should see these guys; they really went at each other. Easley's whole family was there from Pennsylvania. He went from depression to dynamic. Sled hockey turned him around."

After 6 months-2 years, Toftoy loses his Wounded Warriors as they move away from the D.C. area. "But I just got an email from Easley yesterday. I check in to make sure things are going well. It gives me a chill."

Sgt. Justin Burdette had lost both legs below the knees. "We met in a little suite in the hospital. I met his wife, a wonderful nice young woman in her 20s." Toftoy says he met with Burdette for six months. "I wasn't getting anywhere. He had a hard time. Sometimes he was depressed; sometimes he was hopeful. Finally I said, 'Justin, what are you interested in?'" It turns out that Burdette loved to fish.

Toftoy says he hit on the answer. The key question was to find the interest of the person he was mentoring. After some research Toftoy found Rose River Farm Fly Fishing in Virginia. "They really take care of them out there."

When Toftoy was ready to lose him, Burdette moved to Dustin, Florida where the VA provided a specially equipped house for Burdette. "Here is where I am a little helpful. I taught in the Business School at George Washington for 17 years so I told him to build a business plan and turn his garage in Florida into a business where he could sell fishing poles and flies and other equipment. Let people know you will be the guide." Now Burdette has a business. "You feel good when you help them."

Toftoy said he had a Captain who was on a suicide watch. The Captain didn't have a purple heart, because his wound was mental, not physical. "I was afraid he would jump off the Rappahannock Bridge. He lost his wife."

"But it turned out to be a lovely story. I remember we were sitting on a bench in the hallway at Walter Reed. I'll never forget. He said, 'you know I really like kids.' So the next time we met I gave him a little business plan."

Toftoy says, "You live with these guys inside you."