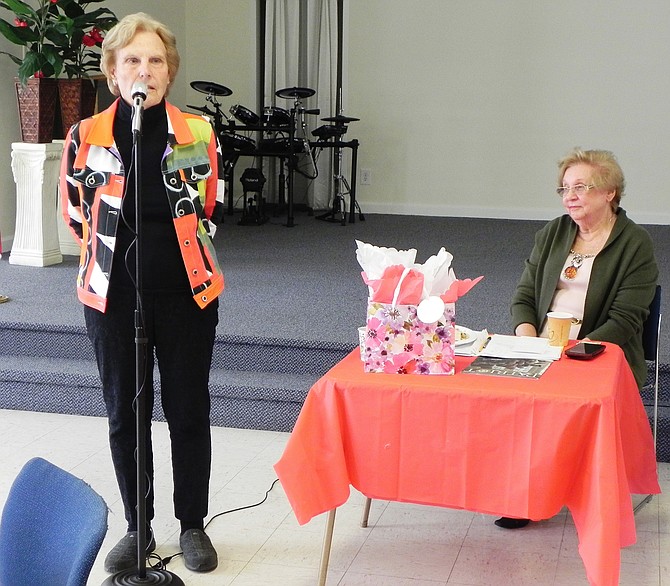 Carole L. Herrick speaks at a meeting of The Woman’s Club of McLean as Club President Cecilia Glembocki looks on. Photo by Laura Sheridan

On Tuesday, Nov. 5, local author Carole L. Herrick spoke at a meeting of The Woman’s Club of McLean, describing in detail a famous incident in McLean involving a Union soldier during the Civil War. While serving as a sentinel on Chain Bridge, the soldier fell asleep, and as a result was court-martialed and sentenced to death. He was later pardoned by President Lincoln.

The incident is contained in the ninth of Herrick’s books, “Legendary Locals of McLean,” published in 2015 as part of a “Legendary Locals” series. Herrick is a well-known local historian and is president of the McLean Historical Society. She is a former chair of the Fairfax County History Commission and has given courses at the McLean Community Center.