After 44 years since its Broadway debut, the show holds up really well. 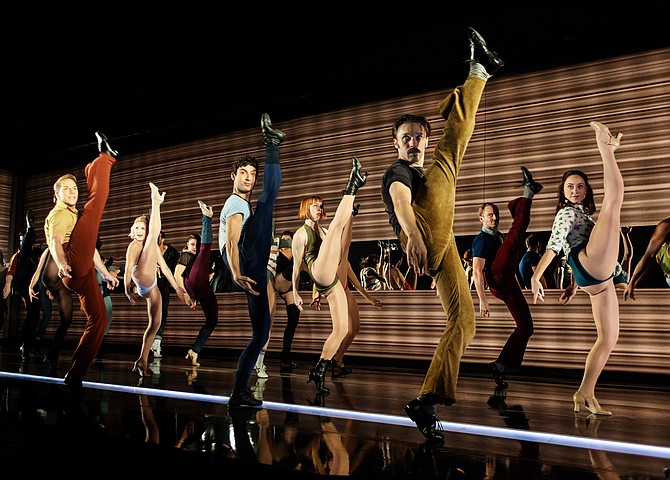 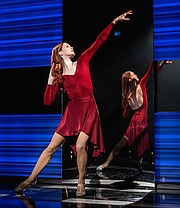 Emily Tyra (Cassie) in “A Chorus Line” at Signature Theatre.

Signature Theatre continues its tradition of big musicals in intimate spaces with “A Chorus Line” – one of the longest running musicals in Broadway history. Up close in the audition room, feel every heartbeat and heartbreak as hopeful dancers pour out their dreams, memories, loves, and why they dance in a breathtaking display of the talent it takes to be in a chorus line. The show with 26 cast members that won nine Tony Awards and the Pulitzer Prize when it premiered in 1975 still holds up very well. It will be at Signature now through Jan. 5, 2020.

Overflowing with sensational ballet, tap and jazz dance numbers, the show features the songs “At the Ballet,” “The Music and the Mirror,” “What I Did for Love,” and more. It also has one of the largest casts in Signature history. The Broadway production was originally conceived, directed and choreographed by Michael Bennett with music by Marvin Hamlisch.

Signature Director Matthew Gardiner said he’s been lucky to direct many of his favorite classic musicals. “’A Chorus Line’ is definitely one of the greats. When the opportunity came up to reimagine it for our space, I jumped at the chance. While the original production staged by Michael Bennett is perfect in many ways, I’ve long wanted to see a director, choreographer, cast and design team tackle it in a new way. I’m thrilled to be given that chance.”

He added: “Getting to a place as honest and truthful as the original actors were is no easy task. Those actors were predominantly sharing their own personal stories on stage. Over the years these characters have become one dimensional vestiges of what they originally were. I was adamant that we discover these characters in a new way and not fall back on the clichés that we now expect from these characters. I’m so proud of the honesty these actors bring to these performances.”

As far as audience takeaways, he added: “Although it’s a musical about a group of dancers fighting for their place in an unnamed Broadway show, everybody can put themselves on the line and relate in some way — everybody in life has to audition, no matter what it’s for.”

Maria Rizzo is playing the role of Sheila Bryant, a jaded vet in the business. “She’s gonna be 30 real soon… And she’s REEEEAL glad,” she said.

She said the dancing was a challenge for her in the show. “I’m in awe watching the rest of my cast – how they prepare and recover and condition themselves physically. They are athletes and I’m in perpetual wonderment trying to take pages from their books,” she said.

Rizzo said she hopes: “That it’s not a show about dancing and auditioning for Broadway. It’s a show about vulnerability and coming of age. ‘A Chorus Line’ is way more universal than I thought it could ever be.”