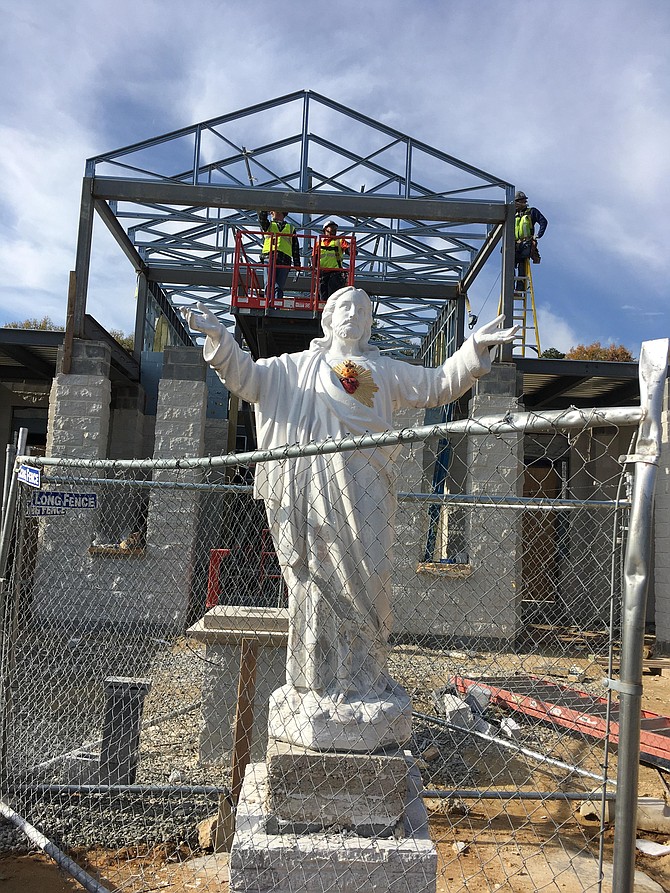 The project has the blessing from the statue. Photo by Mike Salmon.

At St. Lawrence Catholic Church in Franconia, the interior of the church is spacious, with high ceilings and a centrally located altar, but the lobby was 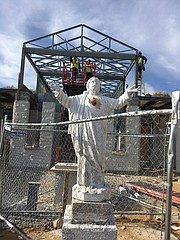 The project has the blessing from the statue.

small so when the priest was meeting the congregation after the mass, or a noisy toddler was not being church-like, there wasn’t much room. Construction is now underway at St. Lawrence Catholic Church on a project to expand this area, known as the vestibule.

When completed, the church will have a 15-foot room outside the main doors to the worship area, a covered walkway, wheelchair amenities and new restrooms.

At St. Lawrence Catholic Church, there is daily services, and regular services on Saturday and Sunday. The weekend services are still held in the main church, but the daily service is held in the administrative building until the project is completed sometime next March.

St. Lawrence Catholic Church is locally famous for a rose garden named the “Father McAfee Garden,” they had out front by a statue. In prime growing season, the rose garden is an attraction for many. Before the project started, the rose garden was temporarily relocated to another area on the church property, and will be replanted in March, just in time for the next growing season.

The church was built in 1970 and the interior was upgraded in the 1990s. While it was under construction, the original parish met at Edison High School to celebrate mass until the church facility was completed.