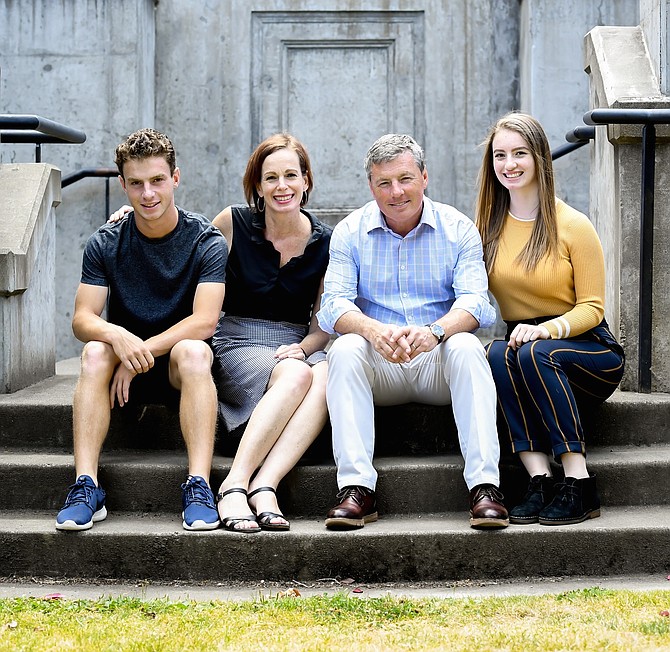 The Trustees of Bullis School announced Oct. 21 the choice of Christian G. Sullivan as the new Head of School. Sullivan will succeed current Head Dr. Gerald L. Boarman, on July 1, 2020.

“We’re thrilled to welcome Christian Sullivan to Bullis,” Patrick Caulfield, Chairman of the Bullis Board of Trustees and co-chair of the Head of School Search Committee, said. “He understood immediately the core strengths that Bullis already enjoys, and he wants to capitalize on and optimize those strengths. At the same time, he is a self-driven and disciplined administrator who recognizes the sustainability challenges facing independent education. Christian is warm and charismatic, confident, direct, and straightforward. His leadership style fits the Bullis culture perfectly.”

Sullivan is a strategic thinker and big-picture visionary with a strong focus on and passion for student-centered education and organization, Caulfield said. His background and approach dovetail with Bullis’ mission to ‘provide a student-centered balanced experience in academics, arts, athletics, and community service,’ and ‘to prepare all students to become caring citizens and creative, critical thinkers who will thrive in tomorrow’s world.’”

Sullivan comes to Bullis from Annie Wright Schools in Tacoma, Washington, where he was Head of Schools for ten years.

"His decade-long leadership has been transformative for Annie Wright Schools," Michele Bessler, Chair of Annie Wright's Board of Trustees wrote. "I speak for the entire Board of Trustees when I express our sorrow at his leaving and gratitude for his service. We are deeply cognizant of the strength and stability he has brought to our institution, which has become a premier independent school on the west coast largely due to his leadership."

Sullivan expressed his feelings for being selected to head Bullis:

"I am honored to become the next Head of School at Bullis, and my family and I are delighted to join your warm and strong community. While the buildings, campus and programs are impressive, what Lisa and I found most compelling were the people we met: students, faculty, staff, parents, alumni, and trustees.”

Sullivan is joined by his wife, Lisa Isenman, who grew up in the DC area and holds an undergraduate degree from Washington University in St. Louis and a master’s degree in Journalism from Columbia University. They have two college-aged children: daughter Lexy at Barnard College and son Matthew at Macalester College.

Sullivan began his educational career in London, where he was born and raised. He moved to Kenya to teach math in Nairobi for seven years, and where he met his wife. Sullivan and Isenman then returned to the UK, where Sullivan headed the mathematics department and served as Assistant Housemaster at a pre-K through 8 school in Oxford. Sullivan moved to the United States in 2000 to become the Middle School Director at Flint Hill School in Virginia.

In 2006, Sullivan was appointed Head of School at Fairfield Country Day School in Connecticut before going to Annie Wright Schools.

Bullis’ Dr. Boarman said he looks forward to getting to know Sullivan better over the coming months.

“Christian Sullivan will have the privilege of working with the greatest group of students, teachers, and staff any head could hope for. Bullis School is a special place. It's a family. In its first 90 years, this school has had only 5 heads. It is my honor to welcome Christian G. Sullivan as the sixth head of this excellent school,” he wrote.