John Kowalik described as a wise and gifted educator.

The Potomac School in McLean will soon have a new leader at the helm. School officials announced recently that John J. Kowalik will assume the role of head of school. 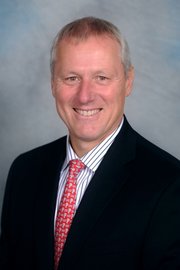 Photo courtesy of the Potomac School

John J. Kowalik was selected as the new head of the Potomac School in McLean.

The announcement came in a statement from Larry Culp, chair of Potomac’s board of trustees. “John Kowalik is a wise and gifted educator, with a rare combination of inspirational leadership capabilities and exceptional management skills. He is the right leader to build on [current Head] Geoff Jones’ remarkable achievements at Potomac during the last 13 years.”

Kowalik has been an educator for almost 30 years. Officials at the Potomac School say that during Kowalik’s 10 years as headmaster of The Peck School, he led a rigorous academic program and cultivated a nationally recognized character formation initiative. He is also a past trustee of the New Jersey Association of Independent Schools.

Kowalik’s education includes the executive management program at Dartmouth’s Tuck Business School in New Hampshire, a master’s in educational administration from Columbia University in New York and a bachelor’s in political science from Williams College in Massachusetts.

“I am thrilled and honored to join the Potomac community and continue the strong growth and academic programs that have made Potomac one of the finest schools in the nation,” Kowalik said in a statement.

Kowalik is scheduled to assume his new role in July 2013.