Victor Esch and Brendan Esch: Heroics by Father and Son in Potomac
Votes

Victor Esch and Brendan Esch: Heroics by Father and Son in Potomac 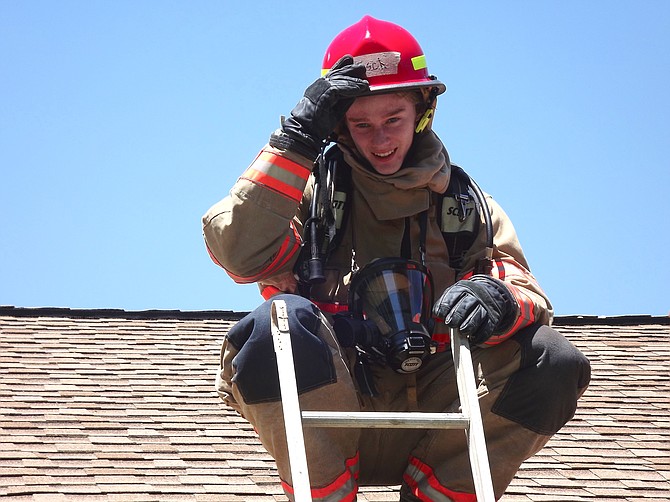 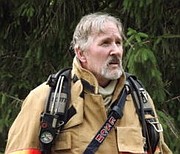 On the morning of April 15, 2020, Chief Victor Esch of the Bethesda Fire Department distinguished himself for outstanding courage and dedication to duty.

At 11:11, an alarm was sounded for a large house on fire in the 12600 block of Glen Road in Potomac. Long-time Potomac resident and former Fire-Rescue Chief Victor Esch Jr., who was nearby, responded to assist. Upon his arrival, there was smoke emanating from all floors of the large Potomac home and fire was showing from the basement in the rear. Two residents were reportedly inside the structure looking for their dog.

With total disregard for his personal safety and without protective gear, Chief Esch located the two residents and their dog and assisted them to a safe location, away from the structure. He then proceeded to locate a garden hose, connect it to a nearby faucet, and began to fight the fire. Chief Esch’s selfless efforts are being credited to establishing the safety of the home’s occupants and their dog and for substantially extinguishing the fire and containing the fire to the room of origin, prior to the arrival of fire and rescue units.

Esch was recognized for remarkably similar heroic actions on Feb. 5, 1997, when he came upon a very large house which was heavily involved with fire. With no protective gear and no backup, he knocked down the front door and made numerous trips into the burning home, searching for children that were believed to be in the home, having just arrived home from school. Exhausted and overcome by smoke, Chief Esch continued entering and searching the house until relieved by responding fire and rescue units. By that time, the structure was completely engulfed in flames. Fortunately, the children’s bus was late in arriving that day and they arrived home safely, shortly thereafter.

Brendan Esch of Bethesda Fire Department Ignores Own Injuries, Treats a Dozen Patients in I-68 Pileup

On Dec. 1, 2019, Brendan Esch of the Bethesda Fire Department and two friends were returning to Indiana University after the Thanksgiving holiday break. Around 12:30 p.m. while traveling on I-68, near the LaVale, Maryland exit, visibility rapidly decreased as a result of heavy fog. As visibility neared zero and Brendan slowed his vehicle, it was suddenly struck from behind; forcing the vehicle into a spin and pushing it deeper into the fog and into a pile of already crashed vehicles. His 2012 Jeep Wrangler had become twisted between numerous other vehicles making exit from the vehicle difficult.

Barefoot on one foot (his shoes were lost in the initial crash), he walked through twisted metal, broken glass, debris, ice and snow, going car to car, patient to patient, examining victims, prioritizing their injuries, treating them to the degree possible, assisting them out of their wrecked vehicles, moving them to safety, and providing additional care to more seriously injured victims. By the time first responders arrived he had treated about 14 patients.

His numerous injuries including a fractured rib, bruised hip, numerous cuts, abrasions and bruises to both arms, both legs, both hands and both wrists, head, neck, back injuries, a concussion, and cut foot from walking barefoot, Brendan reported to the first arriving fire/rescue command officer, gave an initial scene report and offered to continue to assist. After presenting his credentials and verifying his certifications as an EMT, and obtaining shoes, he continued to assist to treat the most severely injured victim who was still trapped in her vehicle.

At the time, Brendan had only been an EMT for 5 months, having graduated from his EMT class in June 2019.

The Bethesda Fire Department recognizes Brendan for his quick and heroic actions, above and beyond the call of duty.