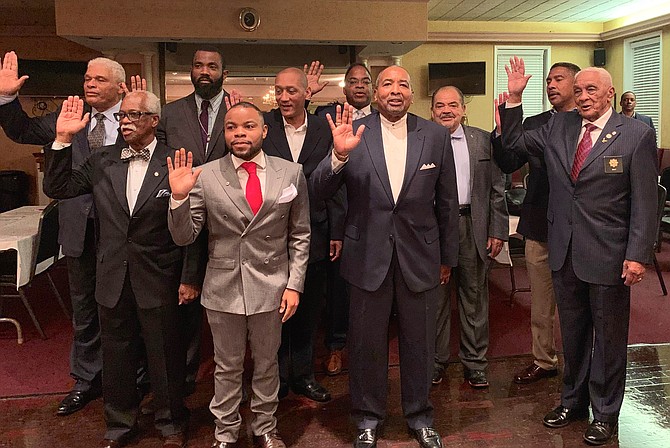 The 2020 Departmental Progressive Club officers and board of directors take the oath of office Jan. 10 at the DPC annual installation of officers program in Old Town. Photo by Janet Barnett/Gazette Packet 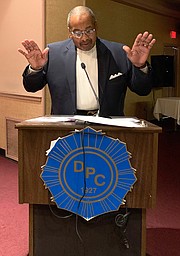 Merrick Malone makes remarks after being sworn in as president of the Departmental Progressive Club Jan. 10 at the DPC headquarters in Old Town.

The officers of the Ladies Auxiliary of the Departmental Progressive Club pose for a photo after being sworn in Jan. 10 at the DPC installation of officers program. Shown are: Rosa Byrd, president; Ardene Henson, secretary; Donita Greene, treasurer; Mildred Worthy, chaplain; and Barbara Wilks, board member.

The Departmental Progressive Club held its annual installation of officers program Jan. 10 with Merrick Malone taking the reins as president of the 92-year-old historic organization.

State Del. Charniele Herring (D-46) administered the oath of office to the 2020 DPC officers and members of the board of directors for both the DPC and Ladies Auxiliary. Herring is now majority leader in the Virginia House of Delegates.

Established in 1927, the DPC is one of the oldest social organizations in the city and has expanded its role over the years to include community outreach and support for local nonprofits.