150 Years of Service in Alexandria
Votes

150 Years of Service in Alexandria 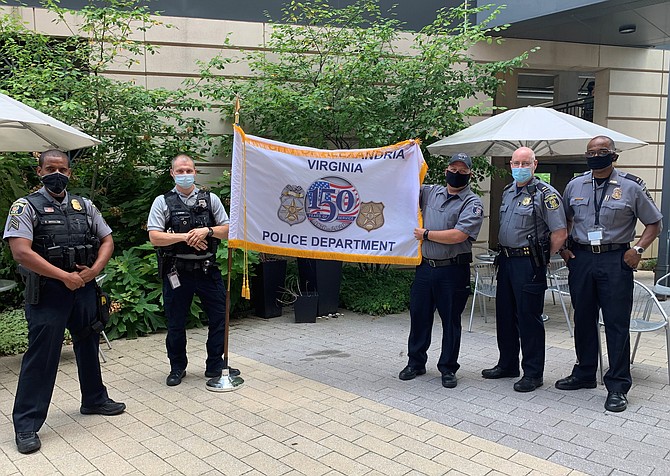 The Alexandria Police Department marked the 150th anniversary of its founding with an informal gathering July 15 at police headquarters.

“There are not a lot of agencies worldwide that are this old,” said Sgt. Biruk Dessalegn, a school resource supervisor. “It’s usually the larger agencies like New York or Philly that have been around this long so it is unique for a department of our size to be marking this milestone.”

The Alexandria Police Department was founded on July 15, 1870, with a captain, a lieutenant and 19 patrolmen. All officers were issued star-shaped tin badges but each had to supply their own uniforms and guns. In 1918, the Motor Unit was established with the purchase of one Harley-Davidson motorcycle for use in answering emergency calls.

“This department has an outstanding reputation,” said 26-year APD veteran Lt. Bart Bailey. “I take a lot of pride in working here. There have been a lot of rewards and a lot of challenges through the years but in the end it is all worth it.”

Sponsored by the Alexandria Police Foundation, the luncheon replaced a larger planned gathering that was canceled earlier this year due to the COVID-19 pandemic.