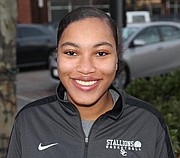 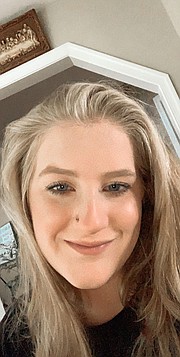 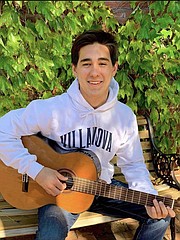 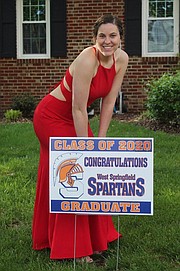 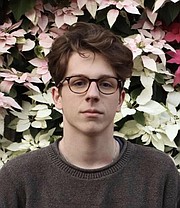 As seniors everywhere are adjusting to the loss of their final year in high school, many have had to get creative to celebrate their long-awaited accomplishments.

While complying with social distancing protocols, some schools have designed drive through diploma pickups and online ceremonies to celebrate their students.

“[Lake Braddock] had a drive through drop off for books and laptops and a little station where they handed us a bag with our cap, gown, diploma, and some other little stuff. And we have an online ceremony coming up,” said Maggie Corbin of Burke, a Lake Braddock Secondary School graduate. “It was definitely a bit anticlimactic for me, but I know that they’re doing everything they can right now. I went alone to pick up my stuff but we have a photo-op next week at school which my family will come for.”

“They had photographers stationed taking pictures and a lot of the teachers and staff congratulating passing seniors as they left,” said West Springfield High School graduate Marcus Cyr, a Springfield resident. “Even though we couldn’t have a proper graduation ceremony, it was a nice gesture by the school.”

Many of the families are doing what they can to celebrate their graduates while staying safe.

“My parents will be making a special dinner, but other than that there isn’t much I can do. I’ve been trapped inside for three months,” said Cyr.

“I’m having my family and friends come to just take pictures… kind of like a grad party but with a limited amount of guests,” said South County High School graduate and Lorton resident Taiylor Russell.

“For graduation my family decorated the house and car the night before and surprised me the next day with fatheads of me in the yard. My family made such a big deal out of it once I had my expectations so low (as our graduation was a drive through),” said West Springfield graduate Riley Tufts of Springfield. “It was really fun and memorable despite the lack of ceremony.”

Tuft’s family even threw her a private prom in their basement.

“Once we knew the rest of senior year was cancelled, my sister came up with the idea and later rang our doorbell to prom-pose to me. She decorated our basement and made a playlist for the day we were supposed to have prom, so my mom, sister and I all got dressed up for pictures and then dancing! She even created a photo booth and station to vote for prom queen! I won of course. It surpassed my expectations and I can guarantee I had a better time in my own basement than I would have if we had gone to actual prom,” she said.

Some graduates are trying to celebrate with their friends while practicing social distancing.

“We are doing a makeshift prom at my friend’s (mostly just pictures),” said Russell. “We decided not to buy expensive dresses, just simple, cheaper ones. There are about six or seven of us and we are going to take pictures and probably have a nice dinner at my friend’s house.”

“I’m making gifts for some of my other friends that are graduating,” said Cyr.

“My friends and I are hoping to be able to have a little group party social distancing later in the summer,” said Corbin.

Others are prioritizing staying safe over celebrating.

“I’ve been staying home as much as I can,” said West Springfield graduate Ian Krein of Springfield. “People are dying--I have to do my part. It makes me angry when people say they want to have graduation later. The money is so much better used in other places like testing next year at the schools or supplies for low-income kids.”