Suspect Lay Bleeding on the Floor

Verbatim accounts. Which to believe? 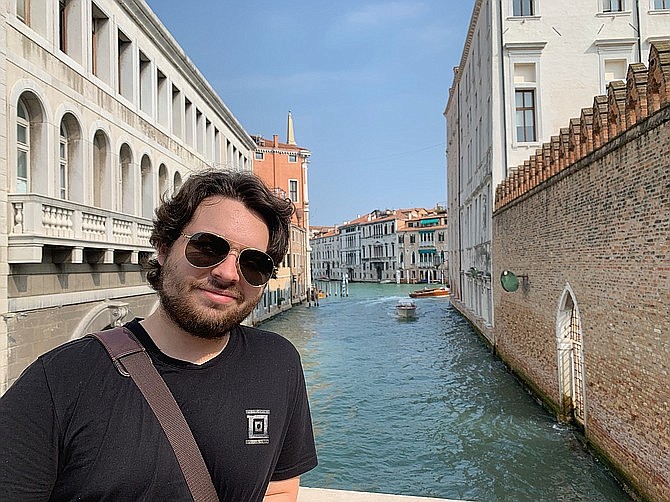 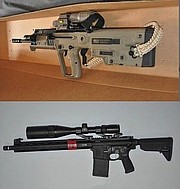 Police continue to add details to its timeline of events, a little at a time, while Duncan Lemp’s family continues to say the same thing they have from the beginning.

Lemp family attorneys say police, at 4:30 a.m. March 12, murdered the 21-year-old who lived with his parents, girlfriend and brother on St. James Road in Potomac. Lemp was asleep when the police executed a search warrant on Thursday, March 12, 2020.

Police say Duncan Lemp, 21 of Potomac, was shot dead by an officer during execution of a high-risk search warrant, days later adding that Lemp confronted police while holding a rifle.

Both parties agree that Lemp was killed by a member of the police’s Special Operations Division – Tactical Unit.

That officer’s name has not been released as of the Almanac’s presstime.

“If proper police procedure were used to execute a search warrant, Duncan would absolutely be alive today,” said Rene Sandler, attorney for the family, in an interview, Saturday, March 14, two days after the fatal shooting.

“Any attempt by the police to shift responsibility onto Duncan or his family who were sleeping when the police fired shots into their home is not supported by the facts,” the family said in a statement.

“Although the Howard County State’s Attorney’s Office will be reviewing the case at some future time, the Montgomery County Police advised the family that they themselves are investigating the case as a homicide. This case mandates the involvement of an independent law enforcement agency to investigate rather than permit the Montgomery County Police to investigate itself,” according to the attorney.

THE ALMANAC ASKED questions of the police, including: What is the police policy for releasing body cam footage or any audio recording of the event? Are there guidelines for a timeline for release? Does body camera footage show the incident? Did police get medical help for Duncan Lemp after he was shot? What is police policy for releasing the name of the officer? When will it be released? Does Montgomery County have procedures for deciding when to deploy a SWAT team for a search warrant? What is it?

“We provided a press release previously on the incident. We do not have anything new to add at this time. We are very limited in our response due to the fact it is an ongoing investigation and we aren’t able to provide comment so as to preserve the integrity of the investigation.”

“Any requests for body camera footage in general go through our Records Division via the MPIA process,” he said.

“Lemp was prohibited from possessing firearms and detectives were following up on a complaint from the public that Lemp, though prohibited, was in possession of firearms.”

In the updated press release, detectives say they recovered three rifles and two handguns from the residence and that Lemp “confronted the officers” when he was fatally shot by an officer assigned to the Tactical Unit.

“Detectives assigned to the Investigative Services Bureau received an anonymous tip at the beginning of the year, indicating that Lemp was in possession of firearms. Due to his history as a juvenile, Lemp was prohibited from legally possessing or purchasing firearms in the State of Maryland until the age of 30. During their investigation, detectives learned of a number of firearms that Lemp was in possession of, to include various rifles and handguns that would ultimately be recovered from the residence. Detectives applied for and received a no-knock search warrant for the crimes of possession of an assault weapon and possession of a firearm by a prohibited person.

“The search warrant on March 12, 2020, was served in the early morning hours, consistent with Montgomery County Department of Police practice. The officers entering the residence announced themselves as police and that they were serving a search warrant. Officers gave commands for individuals inside the residence to show their hands and to get on the ground. Upon making contact with Lemp, officers identified themselves as the police and gave him multiple orders to show his hands and comply with the officer’s commands to get on the ground. Lemp refused to comply with the officer’s commands and proceeded towards the interior bedroom door where other officers were located. Upon entrance by officers into Lemp’s bedroom, Lemp was found to be in possession of a rifle and was located directly in front of the interior bedroom entrance door.”

Police also said they found a “booby trap” on Lemp’s bedroom door designed to “detonate a shotgun shell” at anyone entering through the exterior door into his bedroom.

“Further statements from the other occupant in Lemp’s bedroom indicated that he slept with the rifle each night. Contrary to some information reported to the media, the same occupant also indicated that Lemp was out of the bed and standing directly in front of the interior bedroom door at the time the officers made entry into the bedroom,” according to the release.

THE LEMP FAMILY RESPONDED through their attorneys:

“The public press releases (March 12, 13, and 17, 2020) issued by the Montgomery County Police Department about the death of Duncan Lemp are inconsistent with the physical evidence and eyewitness accounts from those who survived this tragedy,” according to Sandler and co-counsel Jonathan Fellner, who responded to the latest press release from police.

“Duncan Lemp was killed on March 12, 2020 during an attempt by police to execute a search warrant on his parents’ home. Duncan and his family were asleep at 4:30 a.m. when police besieged the residence from the front of the house and were awakened by shots fired through Duncan’s bedroom window followed by the sound of flash bangs.

“The March 17, 2020 statement released by Montgomery County Police on its web site www.mcpnews.com materially omits that Duncan Lemp was shot multiple times by SWAT officers and killed. The police now say that they received an ‘anonymous’ tip regarding the possession of firearms and waited almost three months to act upon the information. Using a three-month old ‘anonymous’ tip, the police sought and obtained a no-knock search warrant on March 11, 2020 at 2:38 p.m. Montgomery County Police utilized its SWAT officers to execute the search warrant on the residence. SWAT officers initiated gunfire and flash bangs through Duncan Lemp’s bedroom window in the front of the house.

“Consistent with the no-knock warrant obtained by police, the eyewitness told investigators that police never made verbal commands upon either her or Duncan until after Duncan was shot and lay bleeding on the floor. “Multiple eyewitnesses told investigators that the police only forced entry into the home after Duncan was shot.”

“According to those eyewitnesses, the police had no contact with any family members until after Duncan was shot.”

SOME GUN-RIGHTS ADVOCATES have responded with outrage to Lemp’s death at the hands of police, pointing to the incident as a cautionary tale about consequences of “red-flag” laws.

“By all accounts, he was very bright, he was very passionate about coding and his work. He was loved by his family and his girlfriend,” said Sandler.