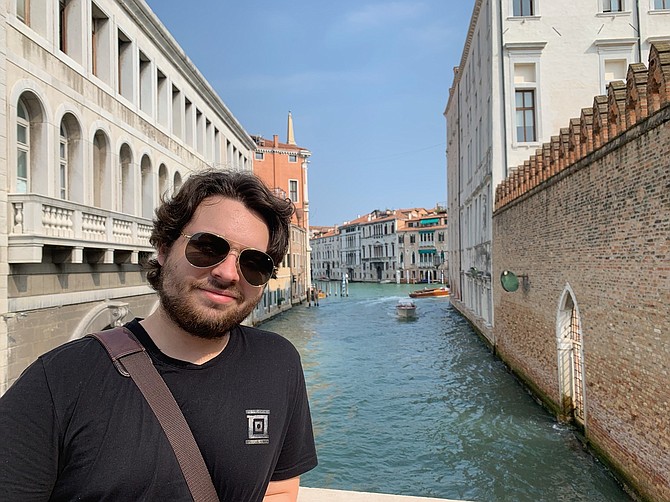 Duncan Socrates Lemp on a family vacation in Venice, Italy, last fall. “By all accounts, he was very bright, he was very passionate about coding and his work. He was loved by his family and his girlfriend,” said Rene Sandler, attorney for the family. 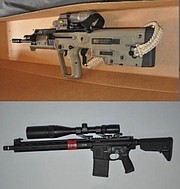 On Friday, March 13, Montgomery County Police released these photos of firearms they say were recovered at the St. James Road residence after Duncan Socrates Lemp, 21, was fatally shot.

Montgomery County Police say they were serving a “high-risk search warrant related to firearms offenses” in the 12200 block of St. James Road in Potomac on Thursday, March 12 at 4:30 a.m.

“During the warrant service,” according to a police press release, suspect Duncan Socrates Lemp, 21, was killed by a member of the police’s Special Operations Division – Tactical Unit.

Lemp’s family say police had obtained a search warrant for the home, but that Duncan was murdered.

“If proper police procedure were used to execute a search warrant, Duncan would absolutely be alive today,” said Rene Sandler, attorney for the family, in an interview.

“Any attempt by the police to shift responsibility onto Duncan or his family who were sleeping when the police fired shots into their home is not supported by the facts,” the family said in a statement, released by their attorneys Sandler and Jonathan Fellner.

Sandler described the 21-year-old Potomac resident: “By all accounts, he was very bright, he was very passionate about coding and his work. He was loved by his family and his girlfriend.”

POLICE SAY the facts and circumstances of the encounter are still being investigated by detectives from the Major Crimes Division.

Montgomery County and Howard County have an established agreement that “when an officer-involved shooting involving injury or death occurs in one county, the other county’s State’s Attorney’s Office will review the event,” according to the police press statement.

Sandler, Fellner and Lemp’s family will also be investigating.

“We will be investigating Duncan’s death and will hold each and every person responsible for his death. We believe that the body camera footage and other forensic evidence from this event will support what Duncan’s family already knows: that he was murdered,” the family said, via Sandler and Fellner.

THE INVOLVED OFFICER has been placed on administrative leave per standard protocol and will be identified at a later date, according to police.

On Friday night, March 13, one day after the shooting, police added to their press release. “Lemp was prohibited from possessing firearms and detectives were following up on a complaint from the public that Lemp, though prohibited, was in possession of firearms.”

In the updated press release, detectives say they recovered three rifles and two handguns from the residence and that Lemp “confronted the officers” when he was fatally shot by an officer assigned to the Tactical Unit.

“The conduct of the police during the shooting and treatment of the victim’s family by those officers responsible for Duncan’s death has been traumatic for the family,” said Sandler.

“The family is grieving the unimaginable loss of their loved one,” she said.