Meyer and School Board members all re-elected.

Fairfax City re-elected its mayor, City Council and School Board incumbents, Tuesday, May 19, and added Joe Harmon and Tom Ross to the Council, replacing Jennifer Passey and Michael DeMarco who chose not to run. And despite the pandemic, which caused many to vote by mail, more votes were cast than in 2018. 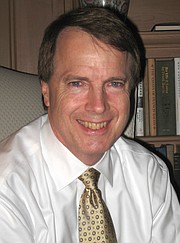 David Meyer was surprised to win by such a large margin but pleased with the outcome. “I’m proud of all the voters for responding so well during the pandemic, while preserving the integrity of the electoral process,” he said. “Special recognition goes to City Registrar Brenda Cabrera for her leadership in helping us have an open, fair and accessible election. She started early, encouraging people to vote from home, and well above 60 percent voted absentee.”

Saying he’s humbled by the voters’ support, Meyer said, “I look forward to leading the City out of this economic challenge we’re in right now. I believe the fundamentals of our City are strong. The challenges we face now are all too real, especially for small businesses. I’m going to work with the City Council, staff and our Economic Development Authority to help our businesses get back on their feet.”

When this crisis is over, he said, “We all want the City to be well-positioned in the region to be a leader in its economic recovery. I thank all the candidates who ran, and I congratulate the two new members of City Council, the four incumbents and the re-elected School Board members.”

Councilmember comments are below: 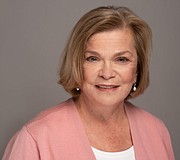 “It was such an unusual election,” said Janice Miller. “We didn’t have an opportunity to get out and meet people; I used direct mail, Facebook, calls and signs. I’m pleased and humbled to be elected, one more time. This is my 14th election – including nine for School Board – and I’m starting my fifth term on City Council.”

She said the new Council needs to reflect on the message sent by the constituents. “The last two years, there were lots of concerns about development and traffic,” said Miller. “People vote their convictions and concerns, so we need to see how to take their message and make meaningful changes as we go forward.

“I’m still enthusiastic about working on behalf of our residents and business community,” she continued. “We’ll have a lot on our plate, coming out of COVID-19 and making the most of the funds we have to retain the best services for our community and help the businesses because we need them as partners.” 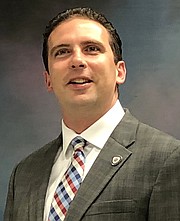 Starting his third term, Jon Stehle said the City must refigure its sense of community, in light of the pandemic. “We need to learn to live life reconnected – in our schools, athletic teams, businesses and community,” he said. “We’ll go through phases of recovery; the ways we reconnect will have to be different – and it’ll be transformational.

“We have to do what’s right for the City and what works for us,” said Stehle. “We need to make sure we define what success is for us and communicate that to our residents. It’ll be important how we apply it here and work with our School Board, because the fall will be different.

“This is about us as a community, and we’ll need to be creative about how we support it,” he continued. “We won’t go back to the way it was, and we’ll all have to work and learn together. We want the economy to come back.” 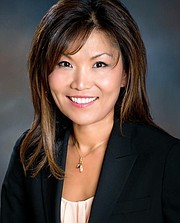 So Lim said being elected to her second term is scarier than last time because, now that she’s served on the Council, she realizes even more how important the job is. “And especially now, with COVID-19 and all the small businesses suffering,” she said. “The residents have so many opinions, but if we opened while Fairfax County’s closed, we’d put the City at risk from their residents.”

Calling it a “really weird campaign,” Lim said she sent out surveys to find out people’s concerns – which were traffic, density and green space. “People want smart growth, making sure we have infrastructure going in before the developments,” she explained. “We’re growing by leaps and bounds, but we need to ensure the City’s livability for its residents.”

Noting that Fairfax just received a little over $2 million in federal, CARES money, Lim wants it to go into the City’s Economic Development Authority (EDA) to help the small businesses. And, she added, “I’m thrilled and happy to be re-elected.” 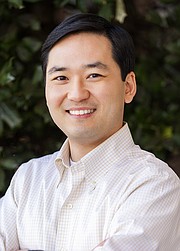 Starting his second term, Sang Yi won every precinct and was the Council’s highest vote recipient. “Especially in a crisis, people hunger for communication,” he said. “And I think they appreciated me sharing my views about keeping our businesses surviving and telling them what’s going on. I also paused campaigning, at times, to reach out to our businesses and residents and ask what I, as a current councilman, could do to help them in this unique time.”

Yi also helped obtain PPE for The Lamb Center and City firefighters and financially helped the 29 Diner feed people in need. “This campaign wasn’t a time for politicking – it was a time to bring the community together,” he said. “I’m grateful and humbled to be re-elected, but my job is to represent the residents to City Hall, not the other way around. You run for office to help people.”

Now, said Yi, “We need to look at how we run this City, while ensuring our businesses survive and people stay safe. That balance is what our City will demand of us.” 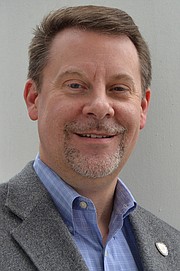 Council newcomer Joe Harmon previously served six years on Fairfax’s Planning Commission and is delighted that “people had the confidence to vote for me. We need to concentrate, sooner than later, on how to get the City back to business, working with the EDA and business leaders to push the City forward.

“We need development that fits in with the City’s character,” he added. “We need to create something that’s unique and different from everything surrounding us. I hope to put my Planning Commission background to good use and am honored the City’s voters took a chance on me. I’m ready to get to work.” 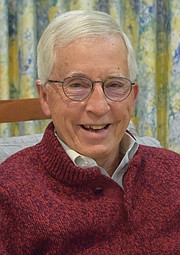 Also new to Council, Tom Ross is a Planning Commission alumnus as well, and also served on other City boards and committees. He’s a 40-year Fairfax resident and believes his experience and knowledge of the City, its people and traditions will be an asset. “I have a commitment and a willingness to serve,” he said. “Our first task is to get us through this pandemic safely and help local businesses.”

Interested in Fairfax’s economic wellbeing, Ross said, “We’ve got to have a healthy retail and commercial base to sustain our excellent public services and low tax rate. I want to further our relationship with GMU and plan for orderly development. We should also continue making this a walkable and bikeable community and protect our neighborhoods by revitalizing them and providing a diversity of housing type and price range.”