Northern Virginia Teens Weigh in on Reopening the Region
Votes

Northern Virginia Teens Weigh in on Reopening the Region

Part two in a series. 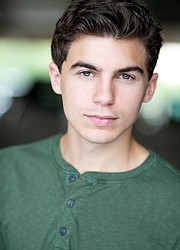 Despite COVID-19 disruptions to everyday life, Nick Hovis, from Vienna, says the pandemic has allowed his family to strengthen their relationships with one another and ‘really find unity.’ 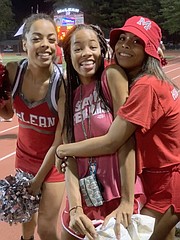 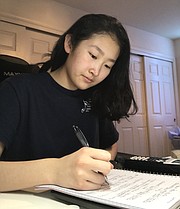 Cynthia Ma, from Vienna, doing homework in quarantine as she finishes up her sophomore year at McLean High School.

Audrey Morse (left), from Falls Church, with her mom and brother on a hike as a quarantine activity.

The Northern Virginia area is set to start phase one of reopening this Friday, May 29; local high school and college students weigh in on the matter, many saying they don’t think the region is ready to go back to normal.

“It’s hard to stay home and away from our friends and family, and primarily connecting through technology,” said Elana Ellington, a graduating senior of McLean High School, set to attend James Madison University in the fall majoring in psychology. “I miss being able to connect with people and hug my best friend and my grandparents.”

Many states across the U.S. have begun to reopen businesses and recreational establishments like gyms and dine-in restaurants, particularly to alleviate harm the pandemic has left on the economy.

“Talking about states opening up leads you to the other pressing matter: the economy,” said Nick Hovis, a graduating senior of James Madison High School from Vienna, who is set to attend James Madison University in the fall to major in theater. He believes that Northern Virginia is not ready to be reopening. “States need to open up eventually because our economy needs to recover and return to its strength.”

This has left many Americans in a tricky situation: going out to support businesses and risk getting sick, or stay home while trying to support at a distance with delivery and takeout.

“I will still stay at home,” said Cynthia Ma, a rising junior at McLean High School from Vienna. “Although I believe the economy is important, my priority is preventing more people from getting sick.”

Audrey Morse, a rising sophomore psychology major at Virginia Commonwealth University from Falls Church, says she has hope reopening could be fine, as long as precautions are followed.

“If people handle [reopening] the way that social distancing and self-isolation was handled then it will not be successful,” said Morse. “Some people entirely disregarded stay-at-home orders and continued to go out while not [social distancing] …I think [if] everyone follows the guidelines regarding reopening, then opening back up wouldn’t be as much of an issue.”

Originally, the Northern Virginia area was set to start phase one of reopening on Friday, May 15. But Gov. Northam allowed the region to delay reopening until Friday, May 29 after local officials emphasized the area’s dense population and high rates of positive COVID-19 cases.

Despite making the move to reopen later than a majority of the rest of the state, Ellington believes it’s still too early.

Hovis mentions that certain precautions like capacity limits should be implemented in restaurants and social distancing measures shouldn’t be forgotten once things reopen.

“I don’t want to see people throw any sort of precautions away when Northern Virginia begins to open up again,” said Hovis.

Even when places do open, Ellington says she’s not planning on going back to normal anytime soon.

“There will definitely be people going out to go to movies and restaurants, but there are also people that haven’t left their homes since March 13,” said Ellington. “I’m not planning on going to sit at restaurants, go to movie theaters or ‘everyday things.’”

Despite uncertainties and hardships that many have faced since the pandemic began, Ma says some positives have come out of the extra time spent at home.

“It’s definitely given [my family] a lot more bonding time, and we often play badminton and bake desserts together,” said Cynthia Ma. “I normally never had the time to talk with my parents and grandparents, so I’m really glad that I can do these things now.”

But especially with the coming of summer and “quarantine fatigue” setting in for most Americans, many are eager to return to normal.

“I miss being around people and ‘normal life,’” said Ellington.