Alexandrian Documents the History of U Street
Votes

Alexandrian Documents the History of U Street 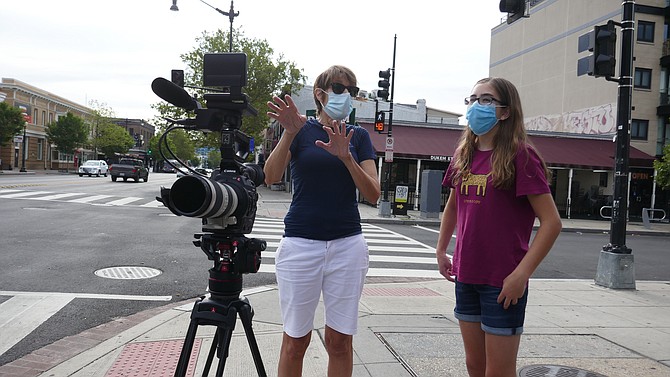 Jane Pittman filming on U Street in Washington, D.C.

The U Street corridor slices through the heart of Washington, D.C. and with history and culture, plus bars, restaurants, and boutiques, it’s a draw 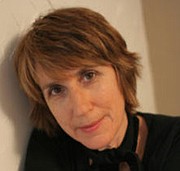 for visitors. But it wasn’t always that way. U Street was the heart of Black culture in America.

Alexandria resident Jane Pittman captured the changes on U Street in a documentary called “An American Scene: Black Lives Matter,” that is a featured film in the Alexandria Film Festival on Nov. 15.

“The U Street Corridor in the nation's capital has been many things -- Black Broadway, the heart of black culture in Washington, an innovator, an incubator, a slum. This film captures the highlights and low points of this historic Washington district over the last century,” says the film’s description for the Alexandria Film Festival. “Set to the Music of the African American composer William Grant Still, the film is a collage of photographs and video footage that documents the people and places that made the U Street corridor what it was and is today.”

It is a collection of rare photographs showing a “Black Broadway,” Pittman said, featuring the life and times of William Grant Still and his music in the film was part of a Homegrown Symphony the festival is focusing on. “He was famous during the Harlem Renaissance,” she said.

The stretch of U Street was examined with the help of the Smithsonian Institute photo collection and D.C. Public Archives. Pittman looks at an area highlighted by the African American Civil War Memorial Metro stop, Ben’s Chili Bowl and other local businesses that have gotten a name through the years.

She’s learned a lot about the legalities of using the photos too. “It’s been a process to license the photographs,” Pittman said.

A combination of the still photos and shots Pittman took with the movie camera were put together in a storyboard format.

“There’s much to watch,” Pittman said. “The short film is very popular right now.” The Alexandria Symphony Orchestra does a musical piece for the film.

Pittman is an Alexandria resident who grew up in North Carolina. She has gotten behind the camera from the early days and now has a production company called “Pittsure Company.” She’s won several awards for her works, including the “Audience Award,” at the 2018 Alexandria Film Festival for a documentary called “The Makeover.” It’s “a distinctly traditional love story set in a decidedly non-traditional milieu of shifting gender.” Another documentary, “Church of the Wild,” was an official selection at the Lyons International film festival in Colorado in 2019.

Some of her other topics have been senior women’s basketball, artists, pickleball and schools.

“I do a lot of documentary work,” she said.

For the U Street film, she credits producer Annette Brieger who she worked with, and a local teenager Julia Hocker with animation and production assistant duties when necessary.

The Alexandria Film Festival will run from Nov. 12-15, and will be fully virtual with Zoom links to view the movies.

This is a sneak preview of the film that will be screened in November 2021, with score performed live by the Alexandria Symphony Orchestra.